Attack on the Mule Train (Parte the First) 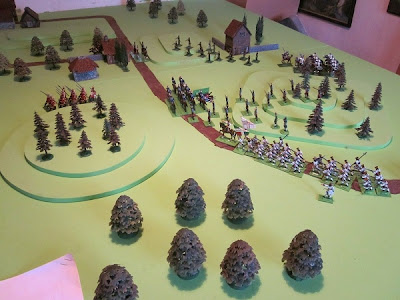 As mentioned in a prior entry the French are trying to transport their pay chests on mule back to the garrison , their plans are thwarted by the Allies who spring a ambush !. 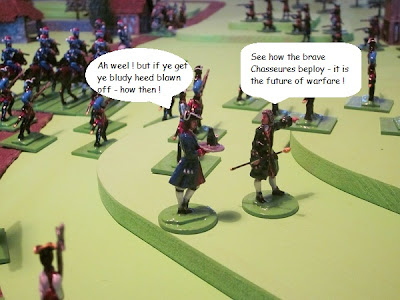 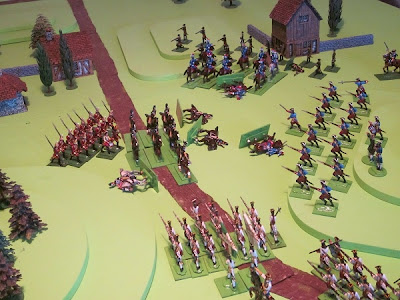 The French cavalry engage the Allied Jaegers in melee as the Prussian 'Black' hussars move forward they come under fire from the French light infantry on the hill . 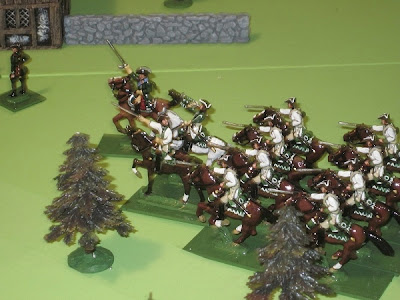 Col. Scheither sends his Carbineers to attack the rear of the French column. 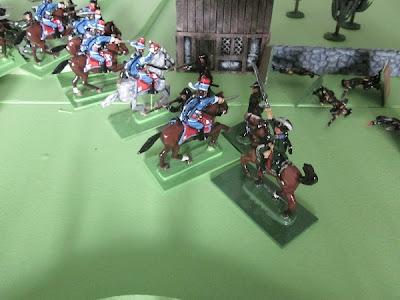 He then joins his gallant Jaegers who are losing the melee with the Hussars . 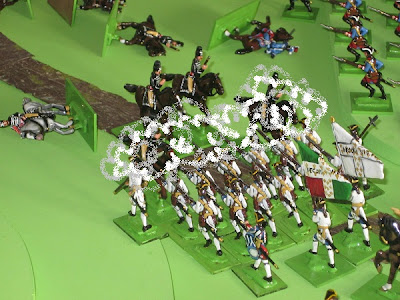 The 'Black' Hussars suffer heavy casualties from the serried ranks of French infantry. 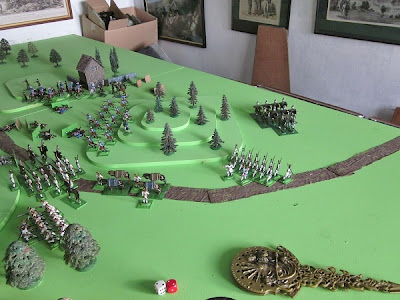 The Allied Carbineers move around the hill to threaten the French rear !. Too be continued.......