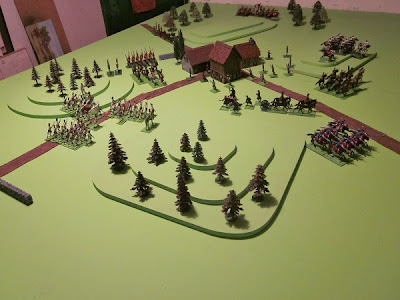 Having got the table painted up I thought I would try it out with a 40mm SYW 'Charge' game. 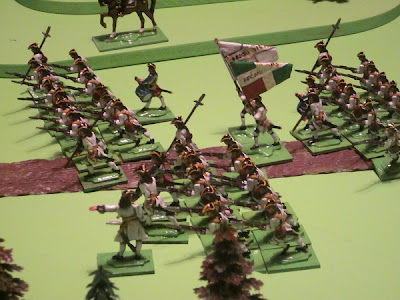 The French Regiment Du Roi advances encouraged by its Major. 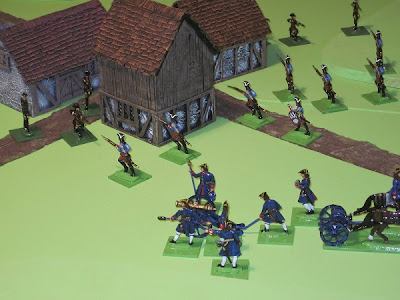 The French gun deploys to support the Light infantry fight off the Allied Jaegers. 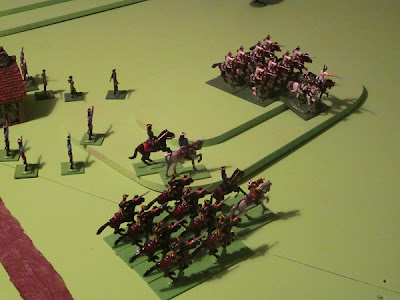 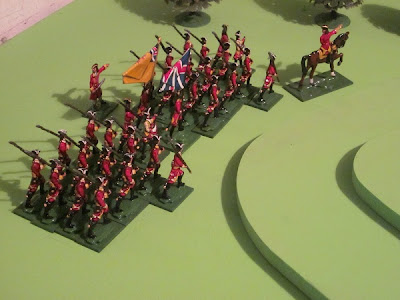 The British 20th Regiment of Foote march for the exposed French flank covered by the hills . The figure bases don't quite match the table but are close enough for now. Just for the record I counted up how many figures I have cast up so far ( I know this is a bit sad !) and came up with a total of 132 foot and 54 mounted plus 2 guns and limbers.