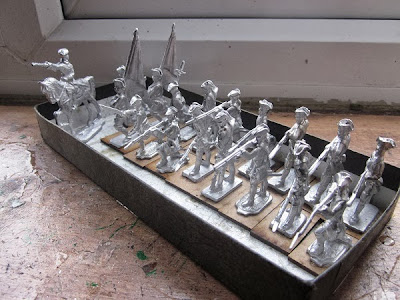 I have been busy with other gaming projects plus repairs to the door of the foundry (the dog had managed to enlarge a small hole in the bottom of the door into a puppy sized one and a excitable small dog and hot metal don't mix !). I have decided to enlarge the two companies of the Hanoverian Legion Britannique  into the full 3rd Battalion , when reviewing my Allied army I realised that I only had at present 1 full sized battalion so I cast up the extra company above plus battalion command . The Legion also had individual cavalry squadrons per battalion so they may be introduced as well , The flags were of British pattern - but no real details I think hence the standard bearers with folded Colours so I can botch the design a bit !.
P.S. yes I managed to damage the mounted officers sword cleaning the casting up - so it will have to be replaced with a flattened pin . 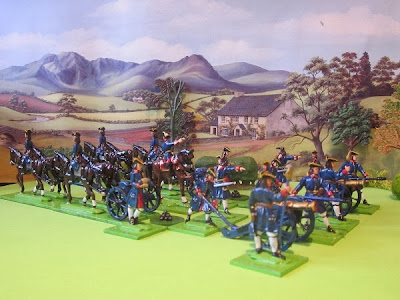 After much behind the scenes casting and painting I have got my French Artillery battery completed . This has taken quite a while as the limbers and wheels are particularly hard to cast right . 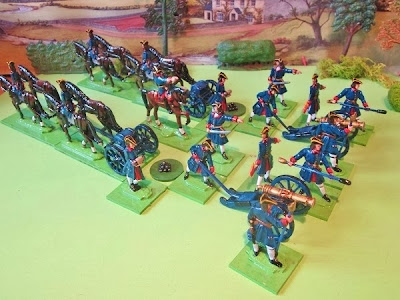 I will have to start on a rival Allied one soon to redress the arms race . 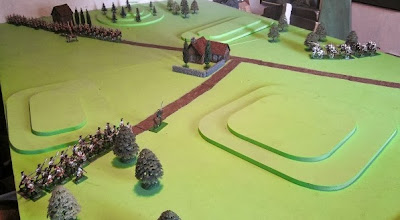 To try out my new Saxon force I set up a game using 'Charge'. The Saxon force is marching to link up with the French when they are intercepted by a Allied raiding party of 2 units of light cavalry and 3 infantry companies . 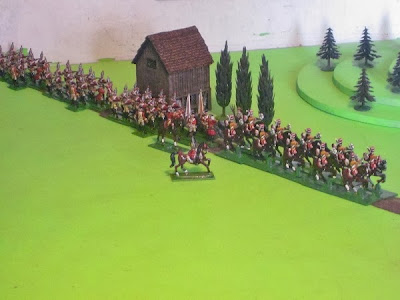 They Saxons march down the road lead by the Von Schill  Hussars . 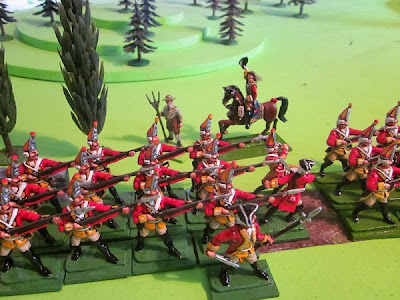 The Saxon CinC  Hans Von Dunnerdorf cheers his men on as a farmer watches in awe of the newly painted figures . 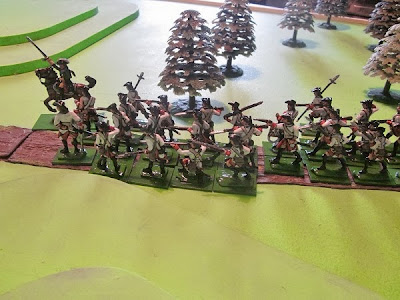 The Allied commander Von Scheither with 2 companies of the Hanoverian Legion Britannique . The count as militia . 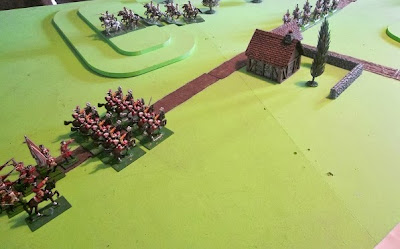 The Saxon Hussars deploy as the Allied cavalry move forward. 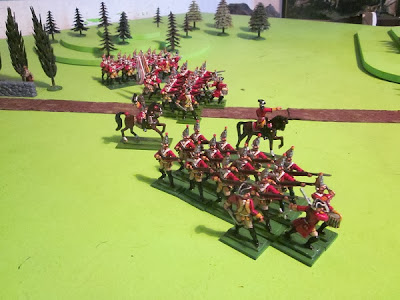 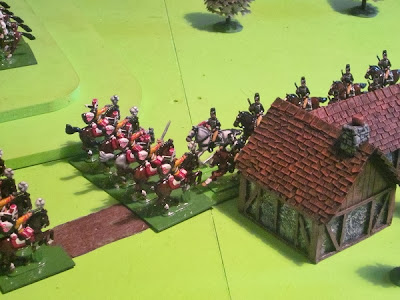 The Hussars clash - the Saxon's had the advantage here as the Prussian 'Black' Hussars had not had time to deploy but a series of very poor dice rolls meant that the melee went into a second turn. 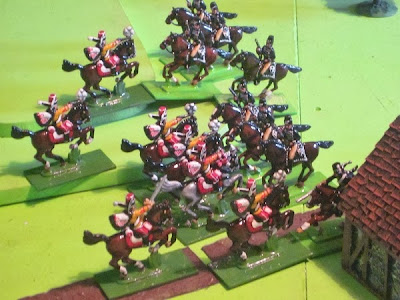 The melee escalates as more cavalry reinforce the clash - and the Saxon's lose and retreat ! - Oh dear the first of a series of disappointments for the Saxons . The old wargaming theory that newly painted units always do poorly in their first battle was coming true ! 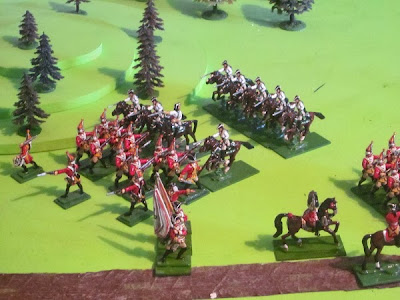 Von Scheither's cavalry charge a company of Saxons deploying before they can shoot and scatter them ! - Opps !. 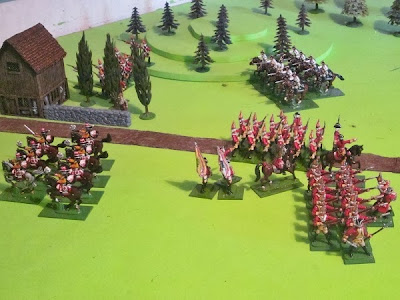 With half their force in retreat the Saxons try to redeploy . 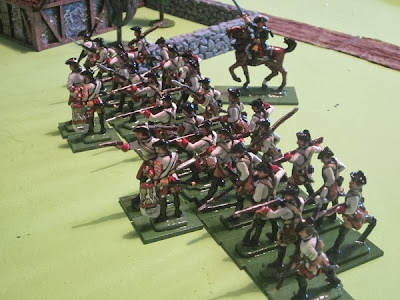 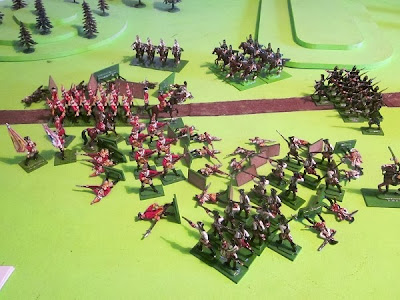 Carnage ! a series of close range volleys cut the Saxon right company to pieces and force them to retreat ! . The Allied  forces rolled double 6's !. The Saxon's on the other flank took revenge on The Allied cavalry driving them off with a volley and winning the melee. 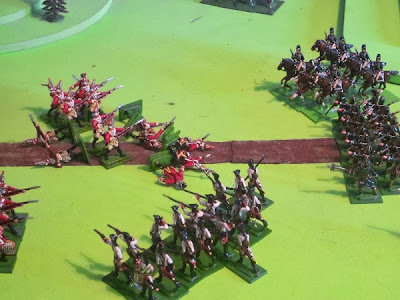 With his force in disorder and casualties mounting Von Dunnerdorf decides to retire from the field . Not the most auspicious start to the Saxon war effort and proving once again that newly painted units ALWAYS  do badly in their first action!.