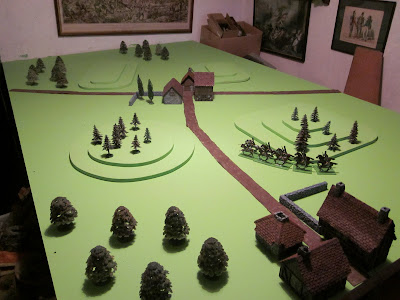 Three coats of paint later the board is finished ! . See the miniature 'Old School' landscape above. (note to self the back wall needs touching up as I have managed to get green paint on it ) 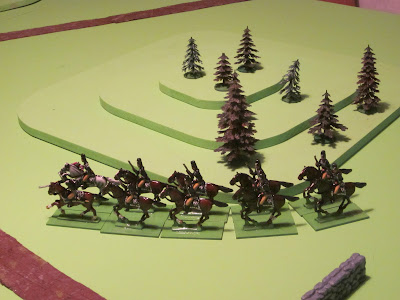 Travelling through it is a Squadron of newly painted Prussian Hussar Regt. No. 5 Von Reusch's 'Black Hussars'- probably up to no good !. 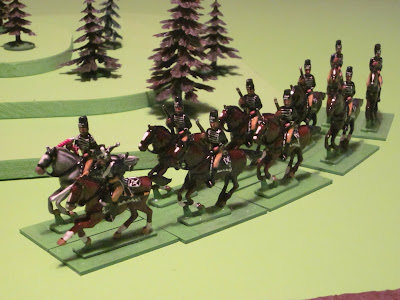 The basic trooper is a very old Prince August mold - a bit rough but lots of character. I think the board looks okay and am look forward to using it in a 'OS' role. It reminds me of the first wargaming table I had 40+ years ago which had to be painted using some dark green blackboard paint (?), in those days I used to paint roads straight onto the board and paint over it when I wanted a new set up. I am going to get 'S' of S&A  Scenics (http://www.scenics.co.uk/) to cut me a few more small hills to be used as upper contours .  The dilemma is now which 'OS' game to play first ?.