Normal Service Is Resumed - Or Back To O.S. SYW. 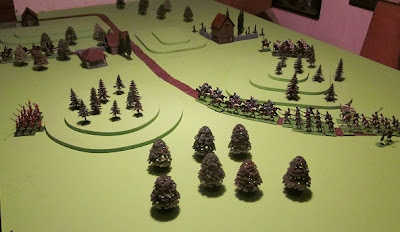 After my deviation into killing Zombies (damned hard as well it was, played 6 games and did not win one !) I am returning to a 40mm SYW  game , the French column is moving a mule train carrying the pay chest for the local garrison . It is protected by 3 Companies of the Regiment Du Roi , a Company of the Chasseurs De Sombreuil and the Hussars Bercheny. They have to reach the village in the top left hand corner of the above photo . The Allies have dispatched a raiding force of cavalry and light infantry to capture the mule train.

The precious bullion on mule back carefully guarded . 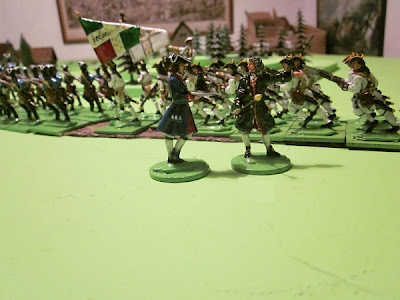 Voltaire and his faithful manservant 'Wee Jocky' are accompanying the column . Here he is lecturing his servant on the correct method of moving through enemy country. 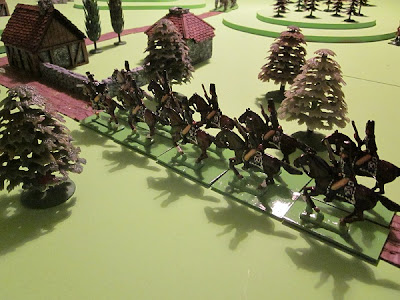 However the Prussian 'Black' Hussars have other ideas !. Too be continued ......