Attack on the Mule Train (Parte the Seconde) 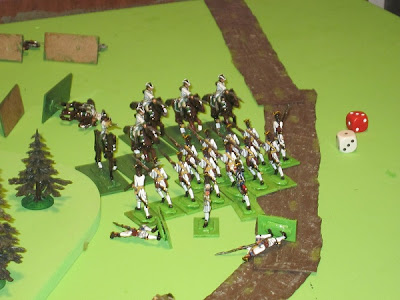 The Scheither Carbineers suffer heavy casualties and are easily driven off by the French rearguard. 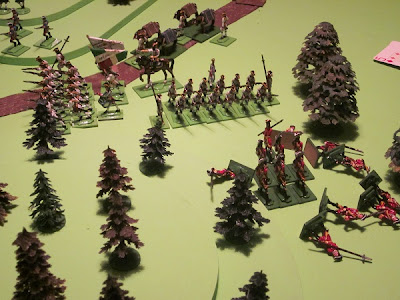 The Allied attack on the centre also is roughly handled ! 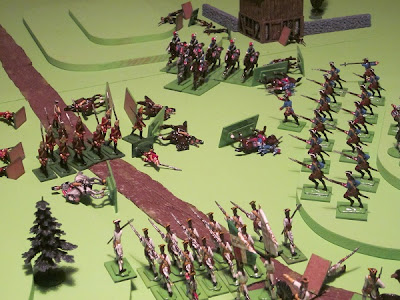 The Grenadiers take hits from the French line infantry and the Chasseurs and with the Hussars forming up to their rear they decide discretion is the better part of valour and retire !. 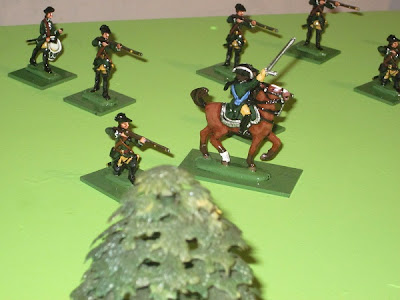 Colonel Scheither rallying his Jaegers decides to call off the attack as casualties are mounting and the French are almost untouched by his attacks . 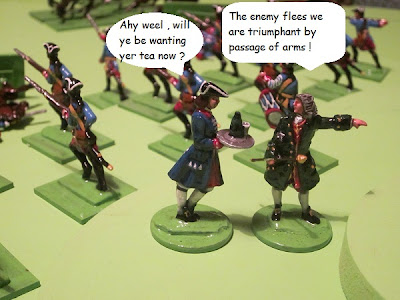 Voltaire is triumphant !. The Allies put up a rather poor show overall , their attacks were poorly coordinated and the French drove each one off easily . In fairness to Col. Scheither I diced randomly for the position of the attacking units and these probably lead to the trap being sprung to early and the French being easly able to cope with them . Scheither retires to lick his wounds and plot his revenge !.