The Next French Regiment. 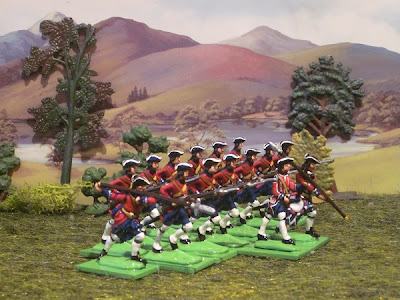 Been putting a lot of thought as to which French infantry unit to do next . I was loath to do another white coated one and thought maybe one of the numerous 'Foriegn' regiments . Finally decided on the Swiss regiment 'De Castellas' . 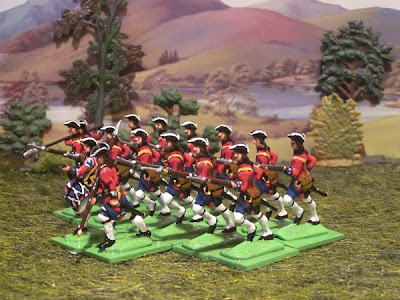 I then had to decide which figure I would be using for the rank and file. Several months ago I purchased a lot of ready cast up figures off Ebay , these were rather rough and my first thought was to melt them down for the metal as the mold I think is one of the older Holger Erickson ones and rather plain , also they have a high lead content and have not held much surface details when cast. But there was the fact that I had about 40 + ready cast up figures on hand and so I decided to paint up a few to see how they looked , I'm glad I did because they seem to have a charm all of their own - so here is the first company of the Swiss Regt. 'De Castellas'. 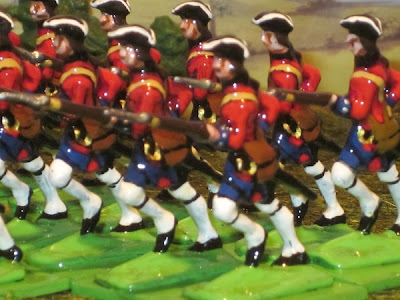