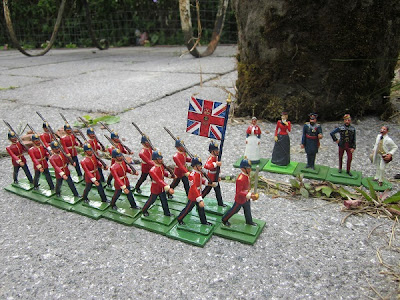 I noticed it was the 'Trooping of the Colours' on TV today so I thought it appropriate to post this . In an effort to boost morale in 'Army Red' the CinC has decided that regiments will now field their Colours  . 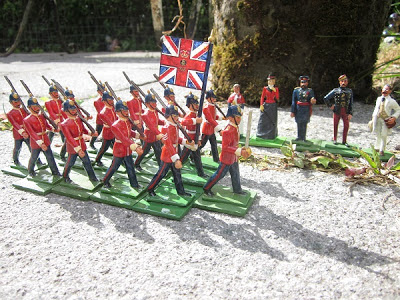 Here they pass on parade in front of the CinC and a group of officers and distinguished visitors . 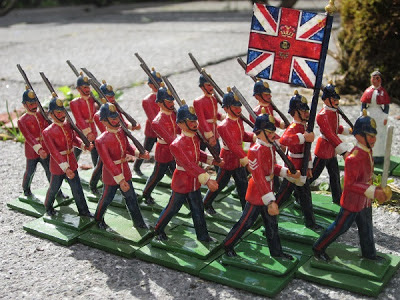 The Borsetshire Regiment troop their Colour , The Great Patio War was the last time that 'Army Red' had Regimental Colours in action - although many authorities dispute this* ! (I hope to add flags to the other units and also 'Army Black' when I get around to it )
(* Dobson - 'The evidence against the use of Unit Flags in Late War' -Oxford 1899)