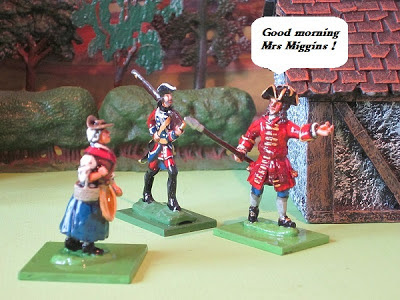 Mrs Miggins is going for a stroll and meets Captain Shandy and his batman Corporal Trim . 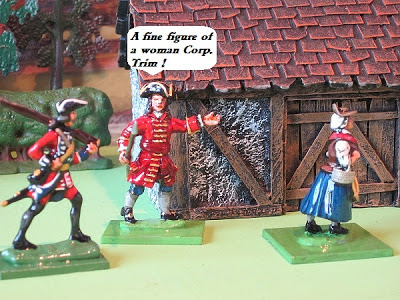 Captain Shandy is a keen student of the feminine form !. 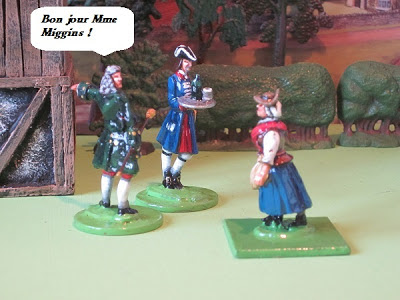 On the French side of the lines she meets Voltaire and his manservant 'Wee Jockie' !. 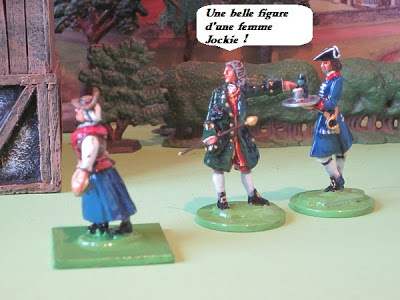 Voltaire too admires the female form ! . How can this woman cross the lines at will ? , is she a spy and if so for who !?. Mrs Miggins (apart from being a character from 'Blackadder') is the first of the 40mm Sash & Sabre FIW  civilians I've painted. (Thank the Lord for Google Translate ! - myself I can barely get by ordering chips and eggs and a beer !)