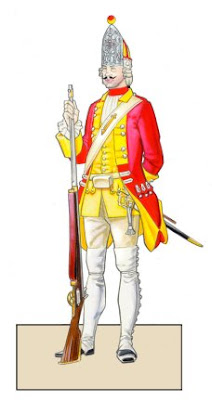 When I saw this illustration I just knew which unit I was going to cast up next - red coats , yellow facings and everybody gets to wear mitre caps ! 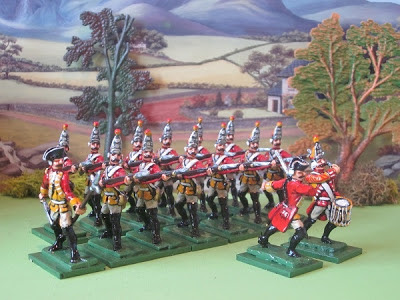 I have got the first of three companies done using some moulds that never seem to get used much. The are all Prussian ones from the later Prince August range. 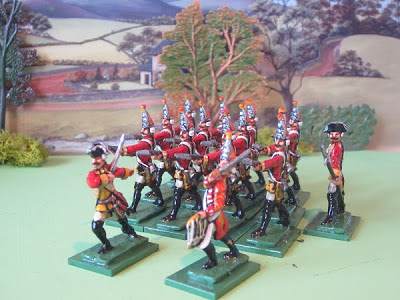 They are a much rounder casting than usual from P.A.  (except the drummer for some reason !?) 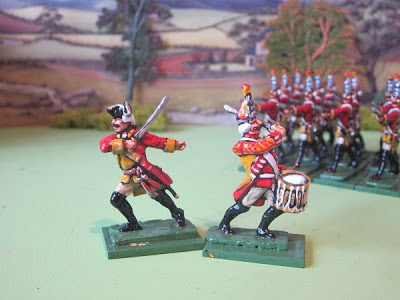 I have decided to use these more dramatically posed figures for the command to make a change.