When around to my wargaming chum A  last night for a General De Brigade 28mm Napoleonic game. Its a fact that real life has a habit of closing down the wargaming window of opportunity , so A  and I  don't game as much now as we did in our younger days . So we were both looking forward to this mighty clash of intellects - well in 28mm anyway . The table was set out and A  had deployed his mainly Dutch -Belgium force covering a crossroads which was the object of the battle. I deployed the French force and we broke for tea - a sumptuous and rather strange meal of half a microwaved curry each followed by half a large pizza each . 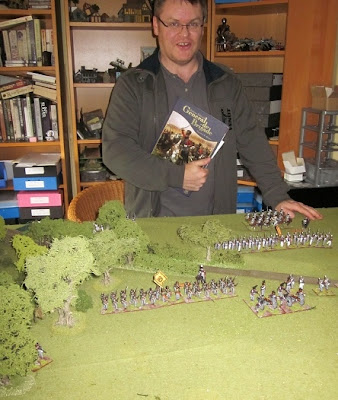 My opponent with the 'bible' of Napoleonic gaming (or was it the dead sea scrolls?) 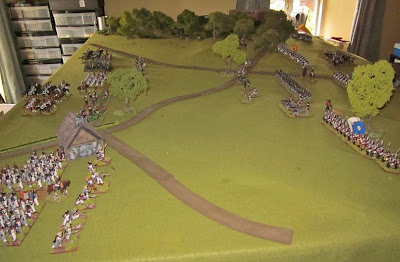 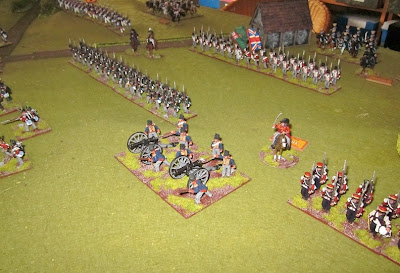 The Allied lines - the lighting in A's wargaming room is not brilliant , hence the quality of some of the photos varies. 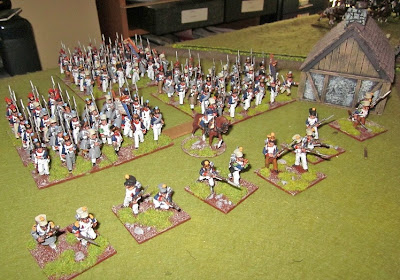 The french attack sets of - full of hope at this point. 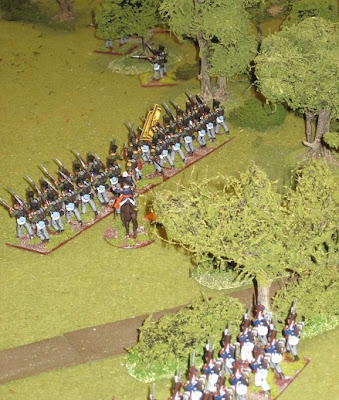 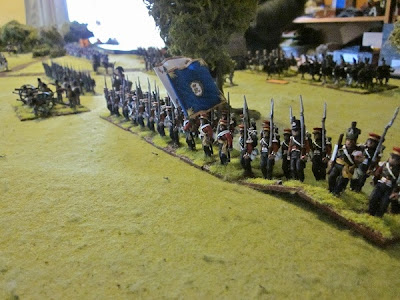 Hanoverian line on the flank , the object of my attack. 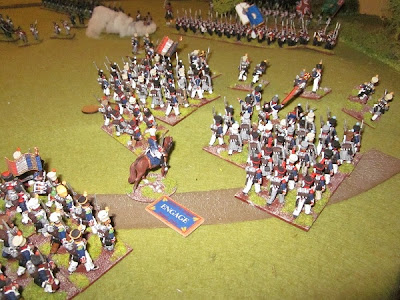 My attack goes in 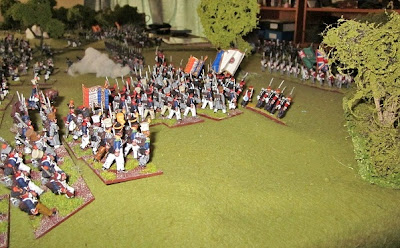 And breaks the Hanoverians ! - savour this picture of my success , as it all went down hill from then on !. 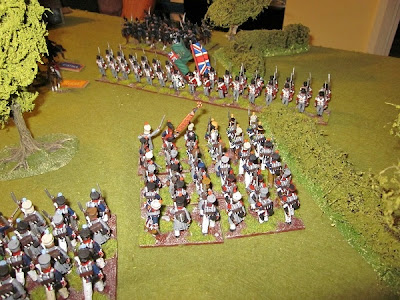 Having routed the raw Hanoverians my columns met the only British unit on the table (69th Foot) and recieved heavy fire from them when trying to charge and were defeated! 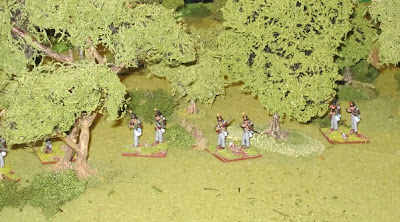 On the other flank A's troops appear from the woods . 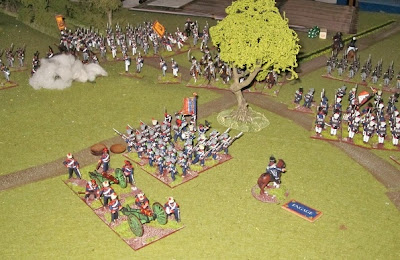 In the centre my attack comes to a halt - told you it got worse !. 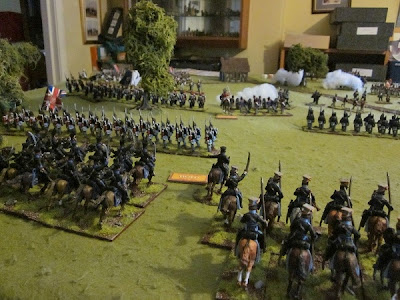 Veiw from behind the Allied lines. 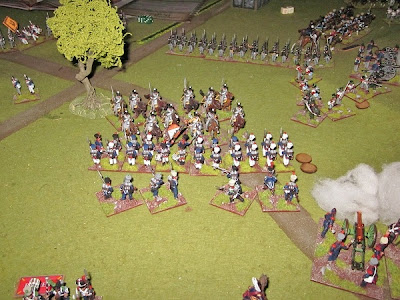 In the centre his cavalry counterattack my faltering troops ! 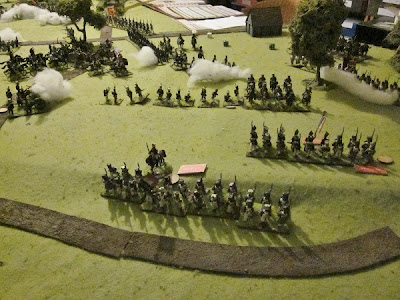 My right flank attack falls back , the poor quality of this photo is due I think to the tears wetting the camera lens . 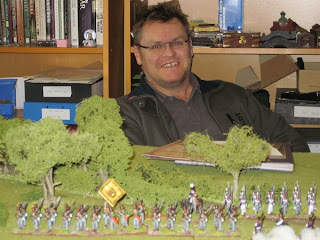 The victor .
My Army was totally defeated , due to superior generalmanship (he typed with gritted teeth ) (b****y luck dice rolls !) . A good game, my cavalry tryed to save the day towards the end but were shoot to pieces , I had to make do wth a unit of French Vetern Cuirassier routing some Raw Dutch- Belgium Hussars !. Rules worked well although they do feel the strain in bigger battles than this I think . The figures were all from A's collection and were mainly Perry Miniatures and the French Wargames Foundry. A great night out Huzza !.
Posted by Mosstrooper at 07:21