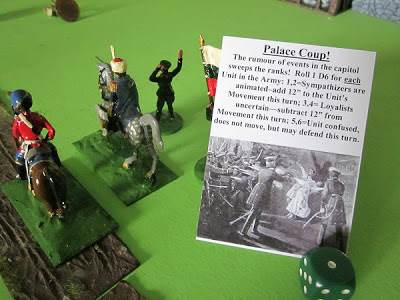 The sixth move started with a chance card being drawn - which meant that most of the Ferraro Roccaian army did not move as rumours of a Palace Coup spread through the army. 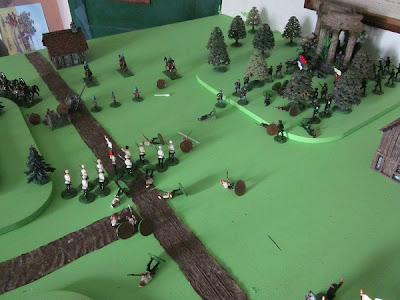 On the F.R. right the combat continues with both sides suffering casualties . 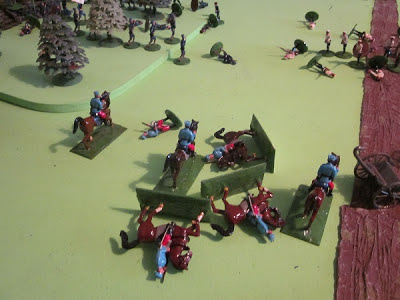 The Treborian Dragoons mount to sweep the enemy infantry away - but a couple of shells hit them and they have to retreat. 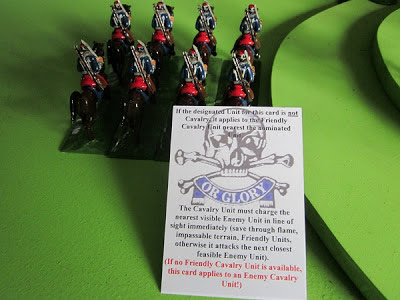 The next move a chance card is drawn for the Treborians - the Hussars of Excellence get carried away and mount and try to charge the F.R. infantry. 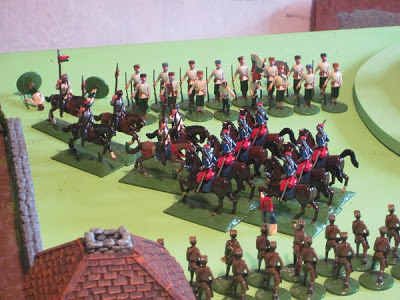 However they are counter charged by the Hariboan Lancers and lose the melee disastrously ! , however the Lancers take casualties as well and retire off the table. 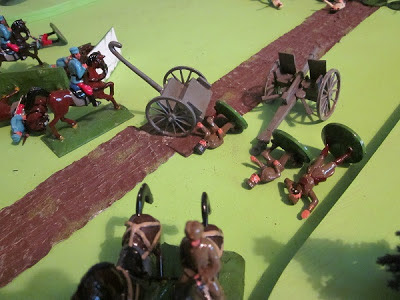 The stricken battery ! the Treborian Artillery gallantly fighting to the last. 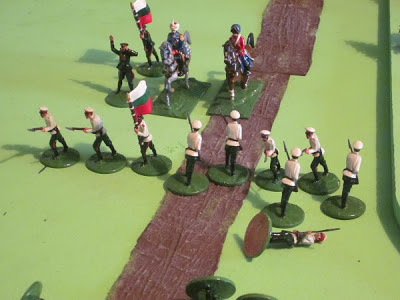 However they succeed in driving the enemy off !. 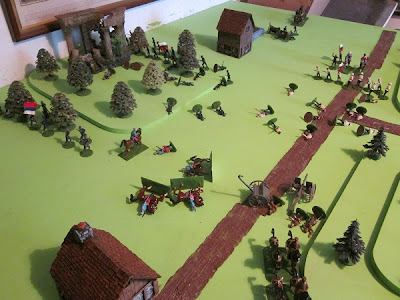 By the last move (8) the Teborian  Reservists are driven out of the woods , but the F.R. artillery has run out of ammo and with casualties running high on both sides a draw was declared and the two enemies withdrew . A very bloody battle with the cavalry on both sides particularly suffering ! . A good game and it was nice to get the figures back onto the table again.