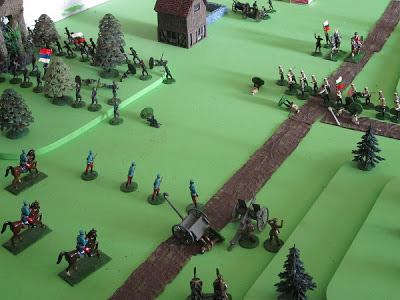 The reporting of this battle between Treboria and Ferraro Rocca has been delayed because of my weeks holiday. Unfortunately I managed to delete the photos of the opening moves and must take up the story about move 4 . Above the effects of close range artillery fire on the advancing Ferraro Roccaian infantry .(am trying out cotton buds as ammo,  matchsticks fly all over the place if you do not have a cloth on the table top). 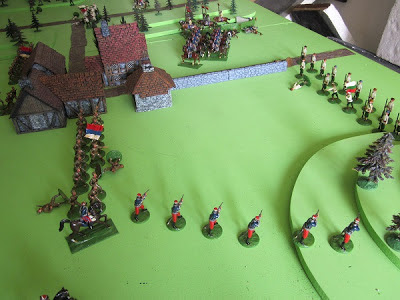 On the Treborian right flank the Hussars of Excellence dismount and give supporting fire to the infantry. 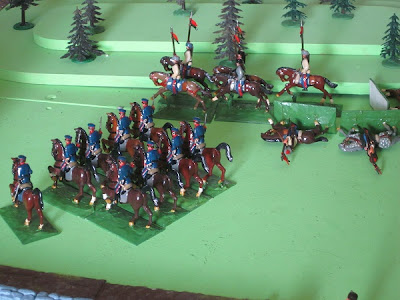 T he F.R. cavalry come under fire and the Haribo Lancers take hits . 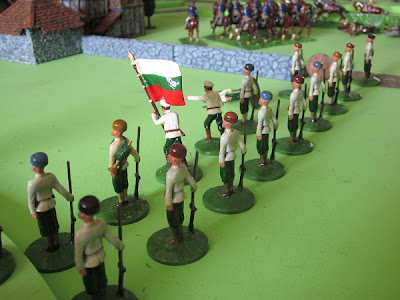 The Ferraro Roccaian Reservists appear on the armies left flank. 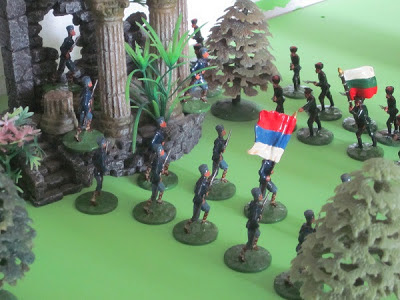 The Treborian militia contest the woods around the ruined Temple of Diana , the battle hangs in the balance - Too be continued .....