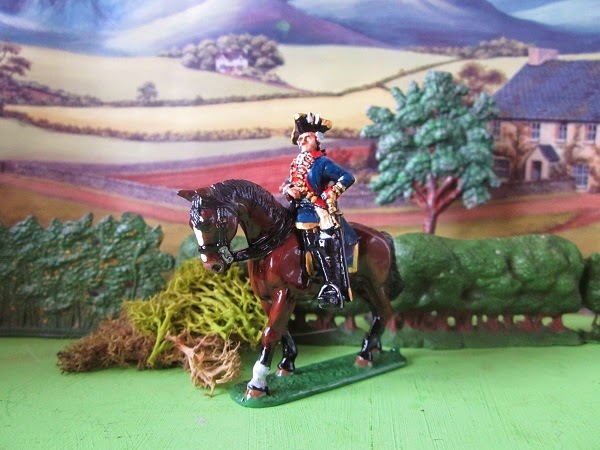 There is not that much 40mm SYWish stuff about out there and when I saw Front Rank had done some 40mm generals for their AWI  range I was intrigued enough to purchase a couple . They are rather expensive but very nice , above is one of their Hessian Generals who will represent a rather more rotund General Comte D' Fru-Fru. 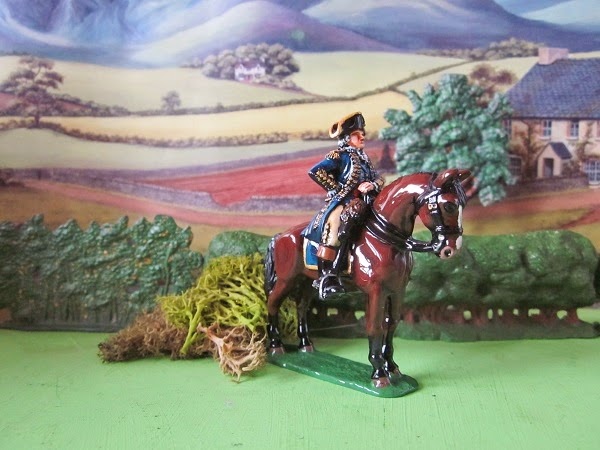 This figure is General Howe and unlike the other figures doesn't come with a selection of alternate heads , he is to portray General Carlsburg of the Allied forces . 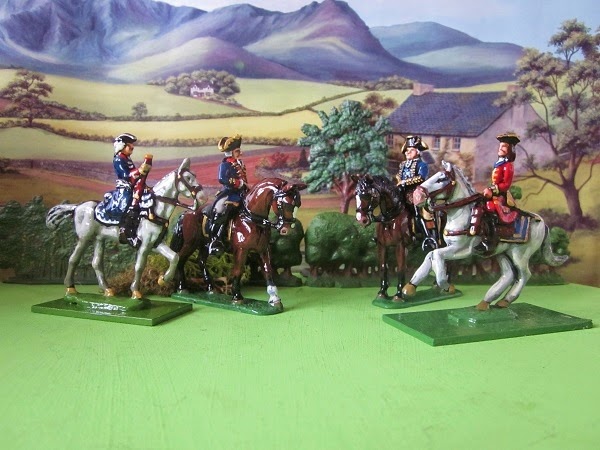 This is all well and good but how do theses VERY chunky figures match up with their slender Prince August brethren ? - not to badly I think, I have not yet based them but when done they will look okay . Strange when I look at the above photo I think for all the accuracy and detail of the Front Rank ones the Prince August have a bit more character !?.