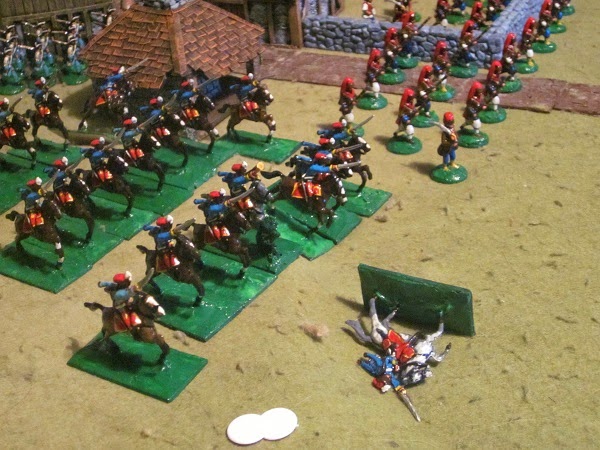 The next shot from the Prussian gun killed the Austrian Hussar's Commander ! , not a good day to be a senior officer in the Austrian army!. 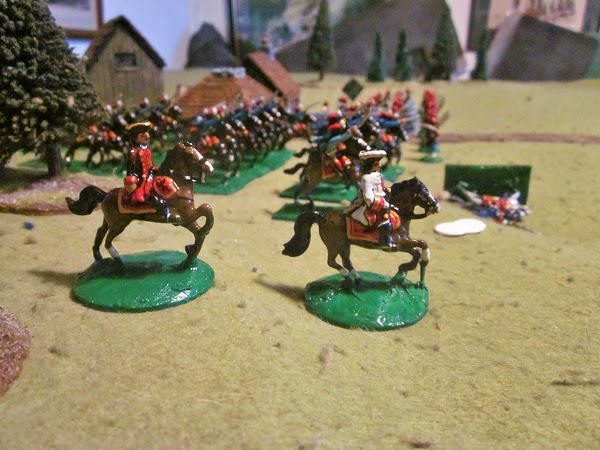 The Austrian CinC spurs forward to assess the situation . 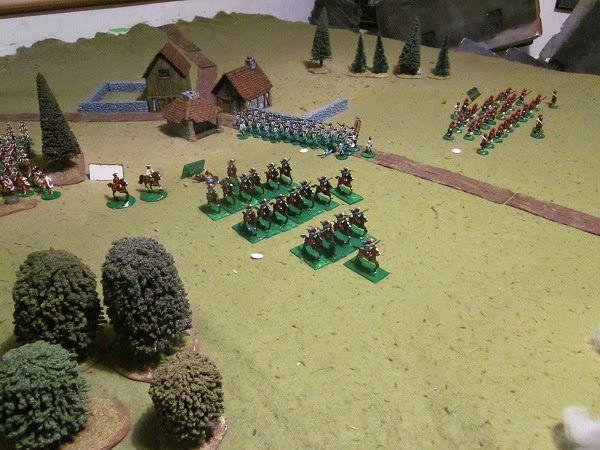 The Austrians draw a 'chance card' and their cavalry have to charge the nearest target - which is the Prussian guns !. 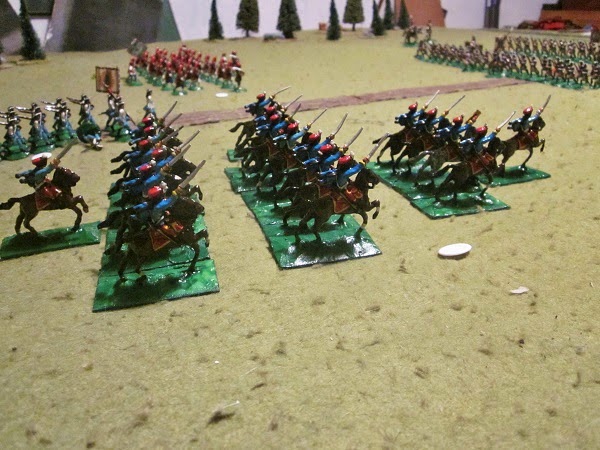 They move forward gallantly enough - but falling under the 'cannister cone' they are halted before they reach their target !. 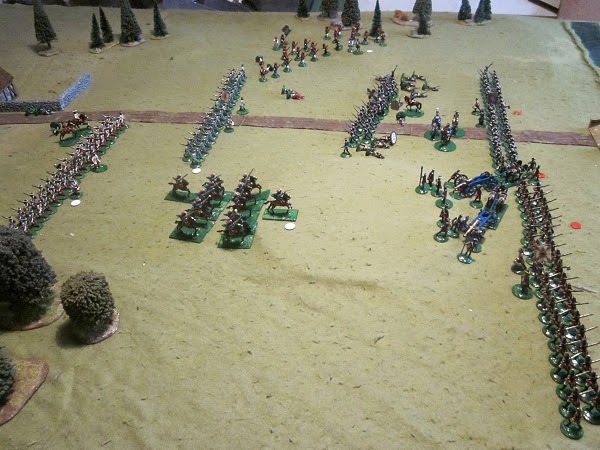 The Prussians take the opportunity to remove their artillery battery . 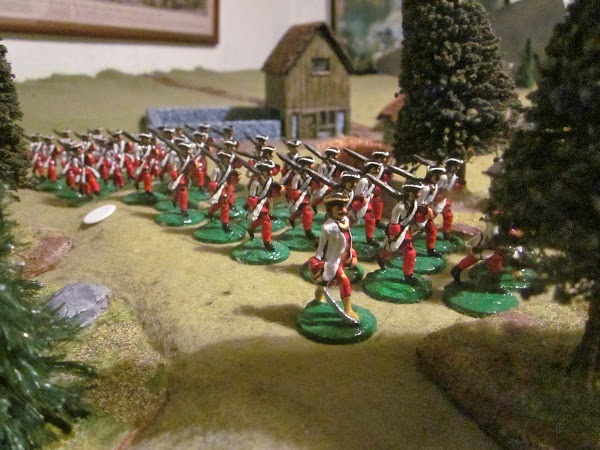 The Hungarian Regt. Esterhazy move up through the woods . 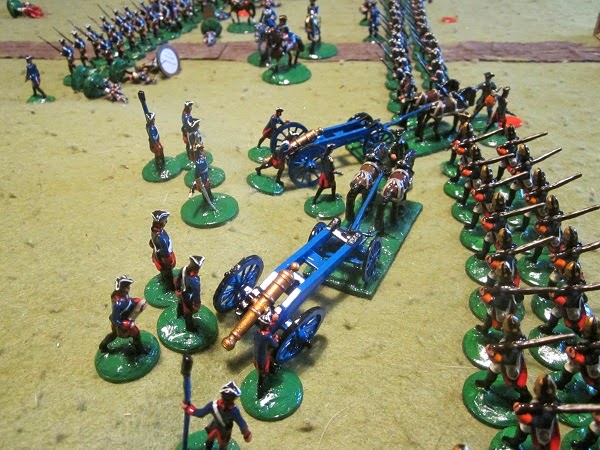 With the moves passing rapidly the Prussian guns make off over the bridge. 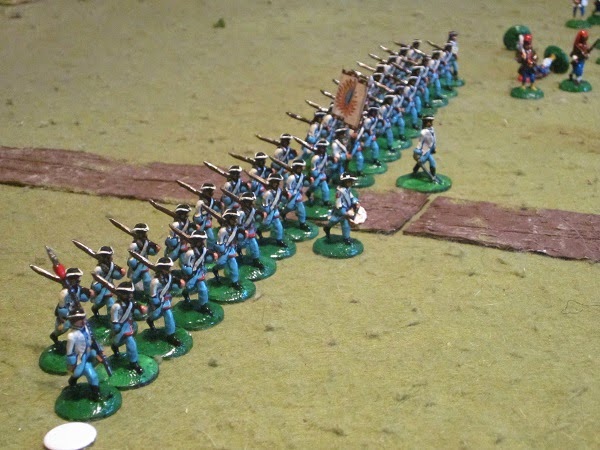 The Hungarian Regt. Heller advance and open fire on the Prussian lead regiment. 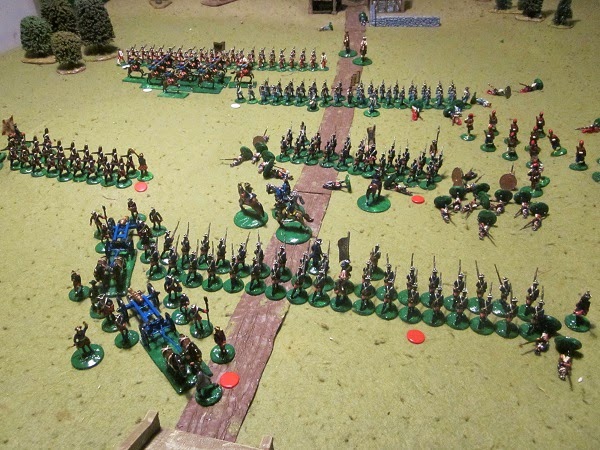 The Prussians take heavy casualties and are forced back . 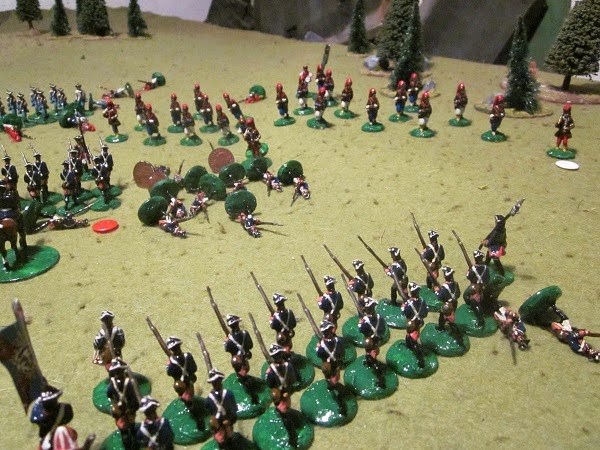 The Pandours move around the Prussian flank . 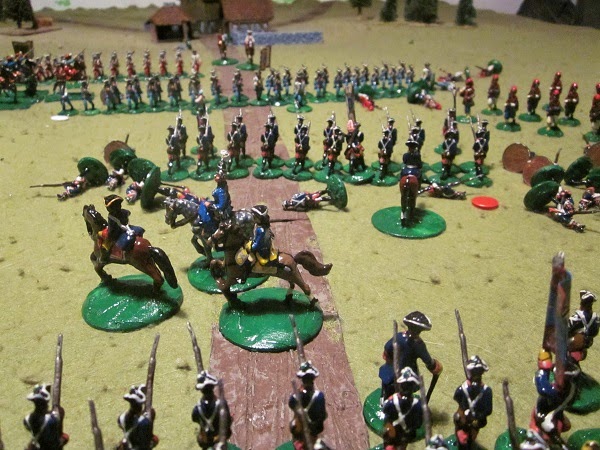 But the Prussians have held out for 12 moves as the scenario specified and so win . Think I should have taken into account how slowly troops move under Grant's rules and so made it harder for them by making the game longer or started the Austrians closer and maybe deployed . A fun game though and the rules are simple and  easily remembered , what more could you want !.