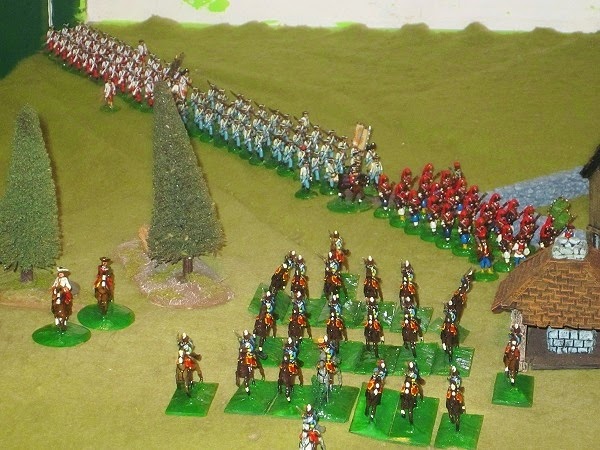 Before I started the SYW in 40mm home casts I originally did it first in 30mm using Spencer Smith and Grant's rules from 'The Wargame' . I was sorting some boxes out today and came across them and decided to give the rules a go . The Austrian force under General Karl Gruntze march to capture a bridge held by the Prussians - they have 12 moves to accomplish this. 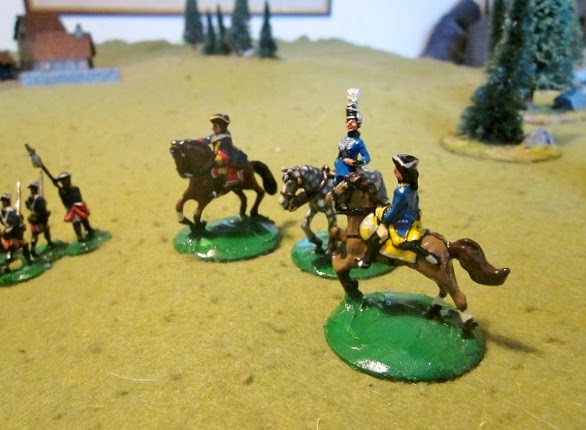 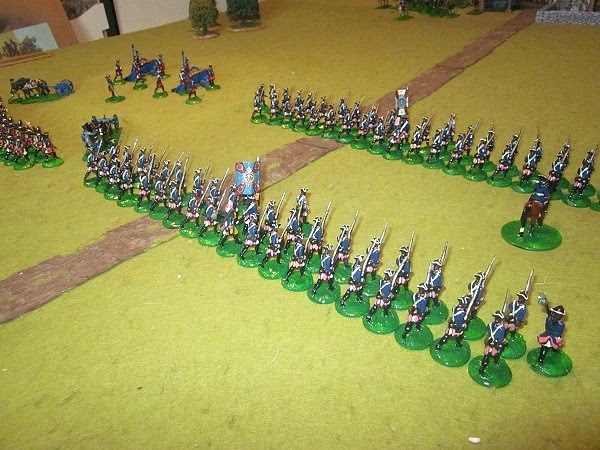 The Prussian force deployed to defend the bridge. 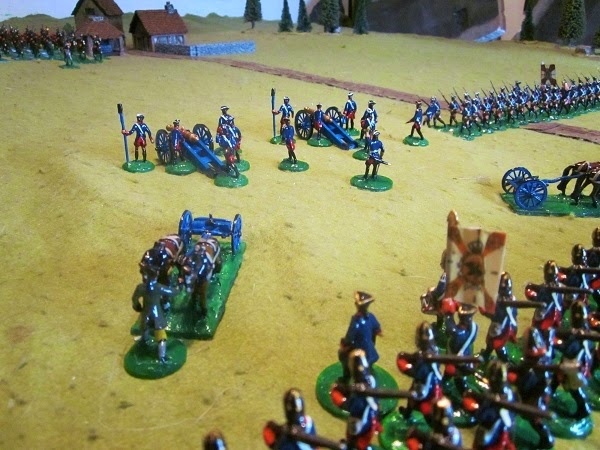 The Prussian battery supported by a unit of Fuzillers (will count as poor this game). 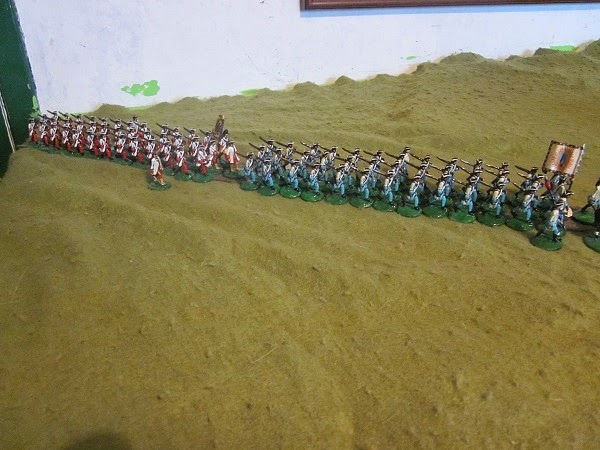 The Hungarian regiments - Haller and Esterhazy . 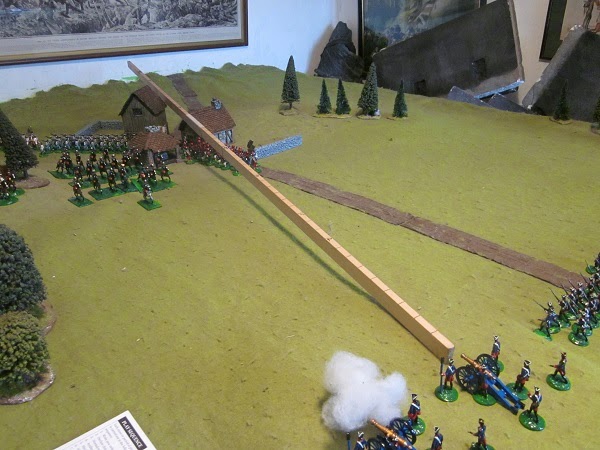 The Prussians open fire - the 'Bounce Stick  of Death' is deployed . 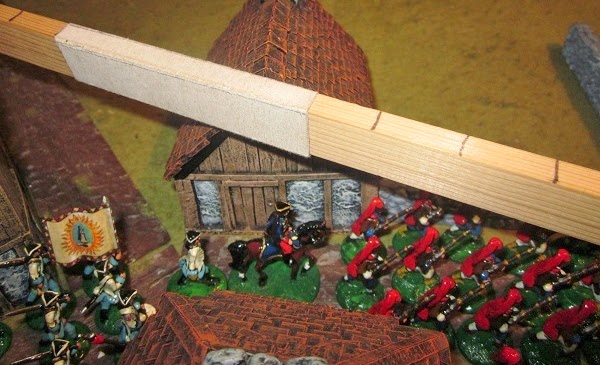 And overshoots the Austrian Pandours - the only figure under the 'hit sleeve' is the Hungarian Brigadier ! Oh dear ! . 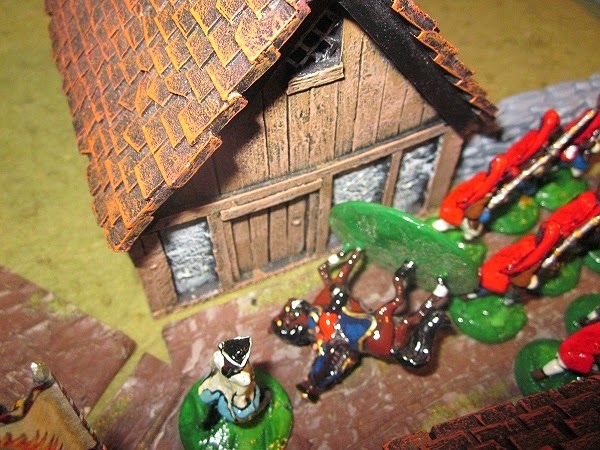 He is hit and fails his saving throw - dead ! . This was his first battle and he didn't even have a name (all my General and Regimental Officers have names recorded on their bases)  so history does not even recall his demise .  Too be continued .....
P.S. I realise that I have not finished off the 40mm  game that I was playing - but I had to take down the battle to set up another when 'S' came around for a game . I will be able to set it up again using the photos I took and restart it .