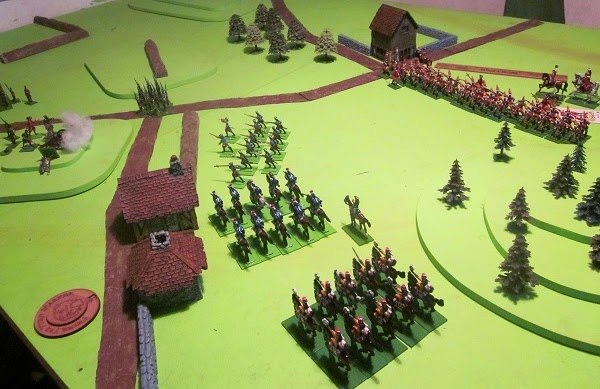 The French force comes under fire from the Allied gun as they move forward to attack. 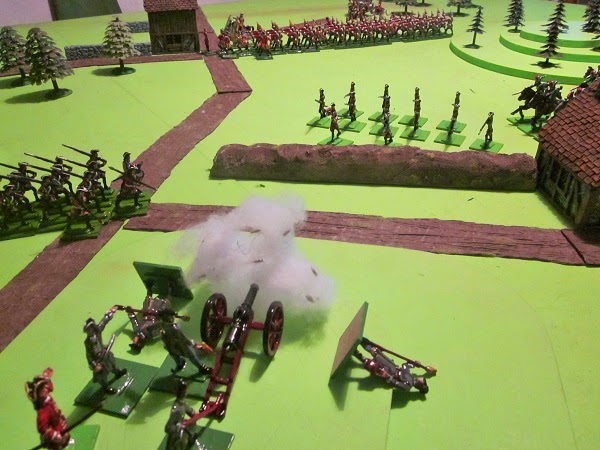 The French Chasseurs open a lively fire against the gun crew . 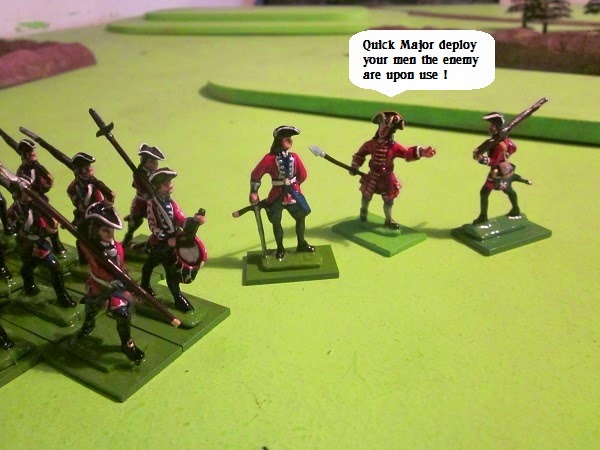 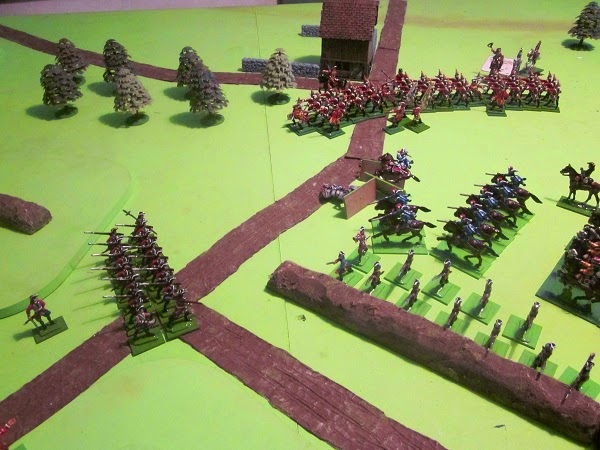 The 18th open fire on the French Hussars , as the French Chasseurs take cover behind the earthworks . 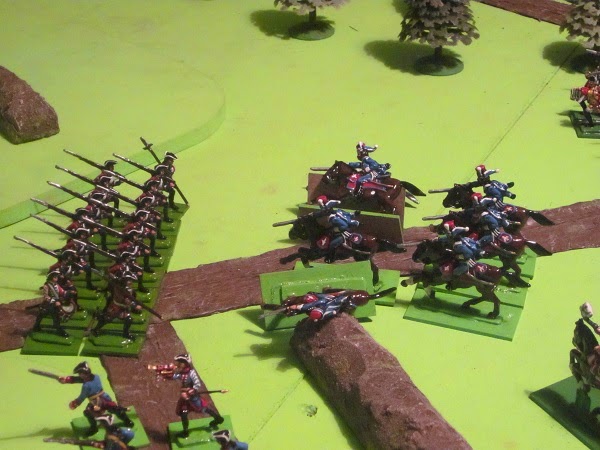 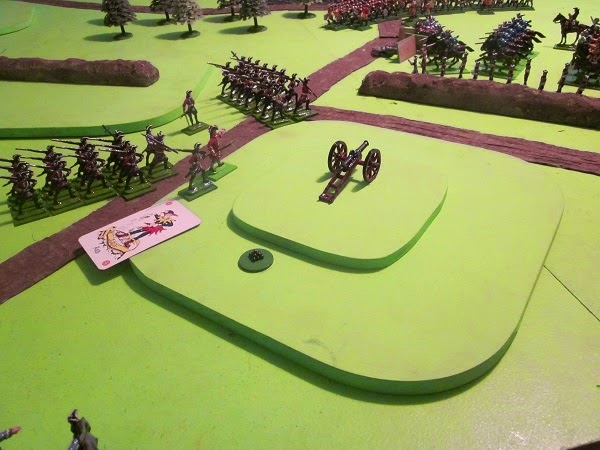 The Chasseurs drive off the gunners !. 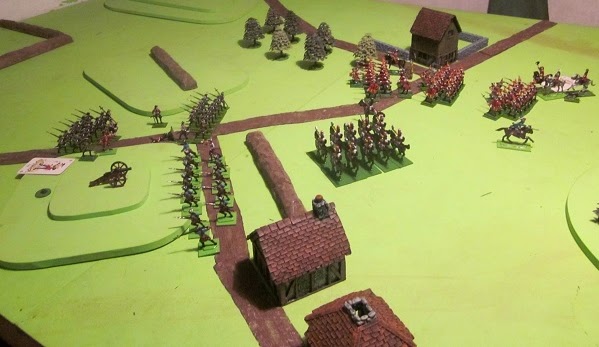 And then move forward to capture the gun ! 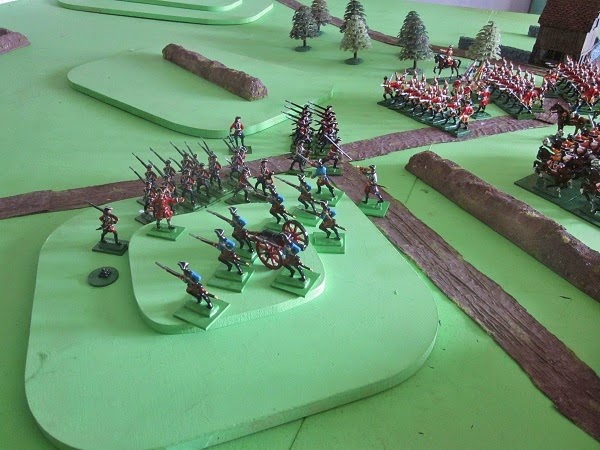 They capture it ! , but the 18th charge them ! ( colour problems on this photo - due to sunshine streaming through the window !). 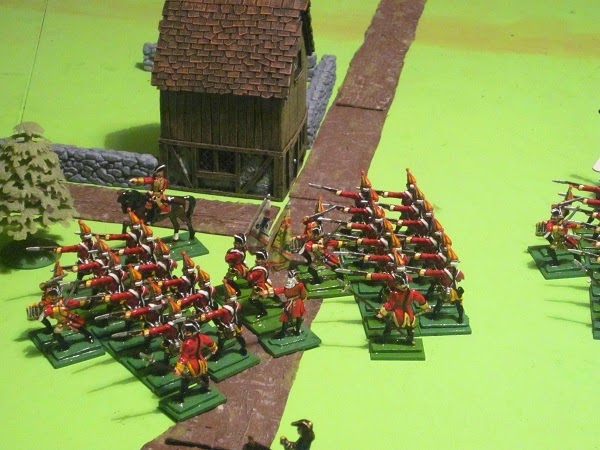 The Saxon LiebGrenadierGarde deploy ready to attack in support . 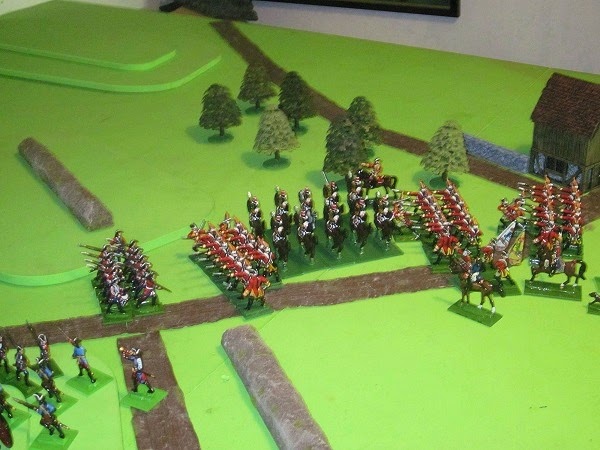 The infantry forces exchange volleys , and the French deployment becomes somewhat jumbled as the cavalry seeks to move around the flank . 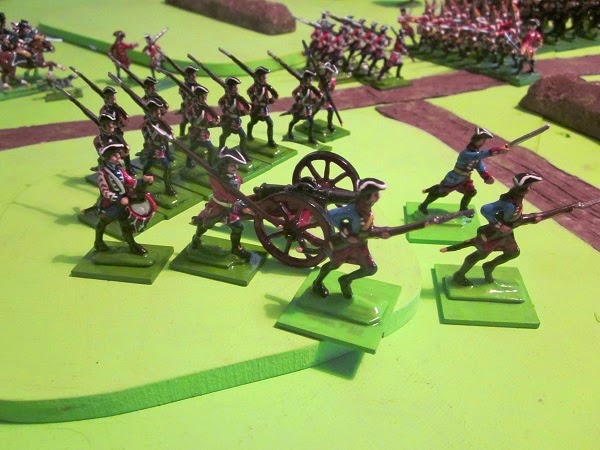 The Irish drive off the Chasseurs and recapture the gun !. 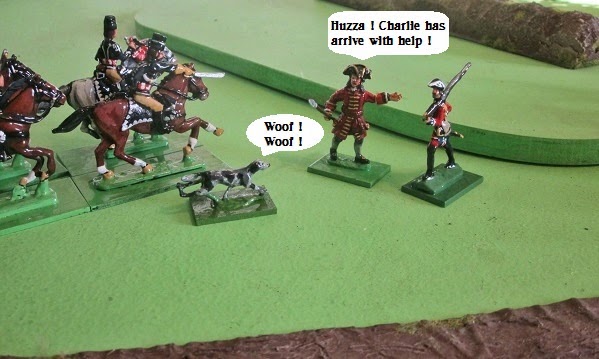 Then reinforcements start to arrive ! . Too be continued .....