Have decided to play another game using B.A.R. rules - having re-read them and decided what bits I want to use or alter slightly. 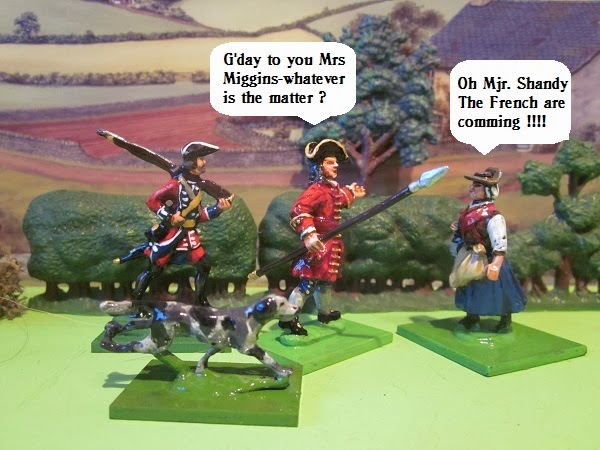 The Allies are besieging the French held town of  Dendermont and early one morning Major Shandy, his faithful dog 'Charlie' and his batman Corporal Trim are taking an early morning stroll near the Allied right flank - then ! 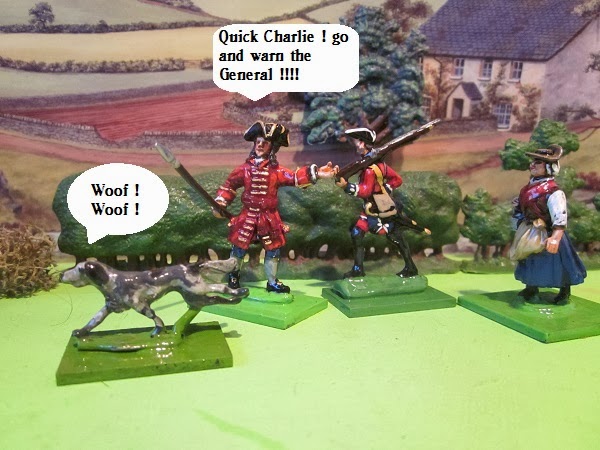 The French having found a secret ford over the river that was meant to protect the siege lines are marching to take the thinly held flank and raise the siege . 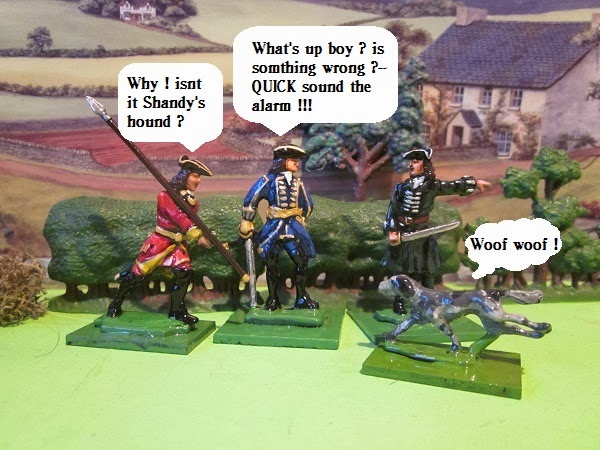 Charlie dashes to the Allied Head Quarters to warn them of the impending attack . 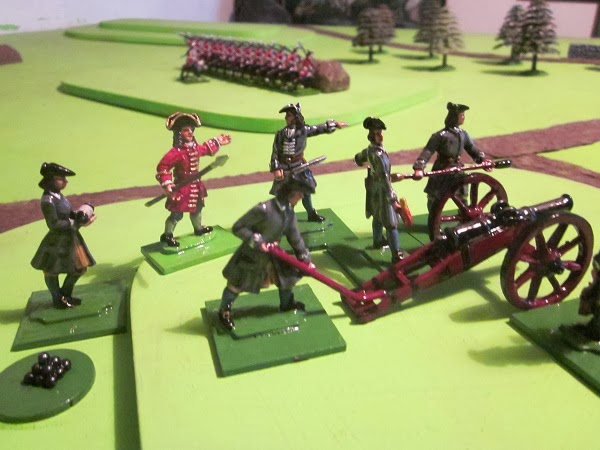 Major Shandy alerts the commander of  the Artillery. 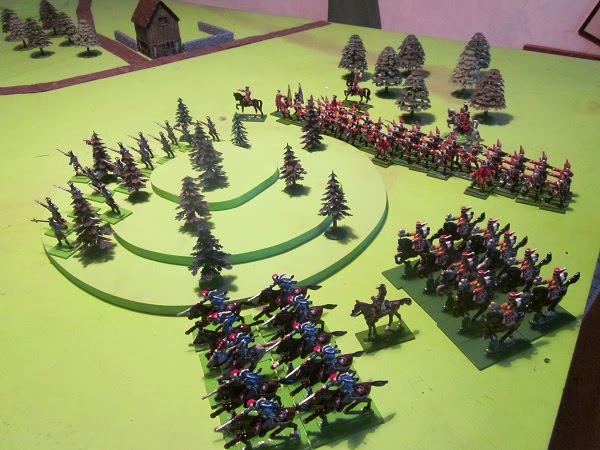 The  French force made up of  the Saxon LiebGrenadierGarde , the Saxon Hussar squadron Von Schill , French Hussars Bercheny and the Chasseurs De Sombreuil  move onto the table . 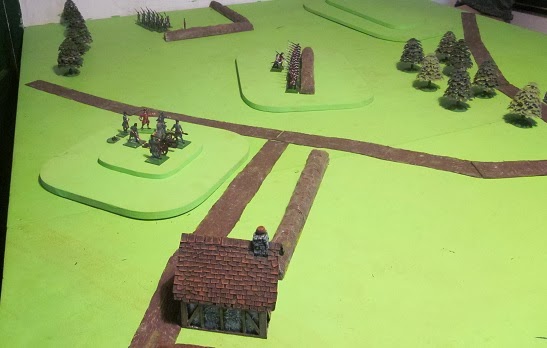 The extreme right of the Allied lines held at the moment by 1 artillery piece and 2 companies of the yet untried 18th Foote (Royal Irish) . Can Uncle Toby Shandy organise the defences till help comes ? ........ Too be Continued 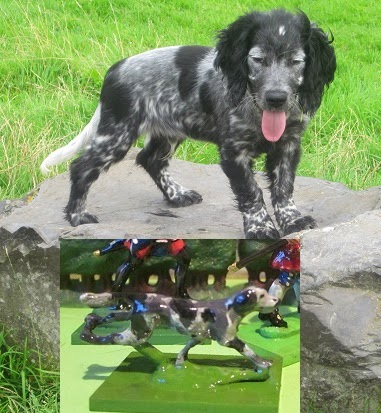