My Imagination of Ferraro Rocca  has been a bit light on infantry units compared to their arch enemy Treboria or allies Fetaland , so I cast around for ideas and suitable figures to boost their numbers. 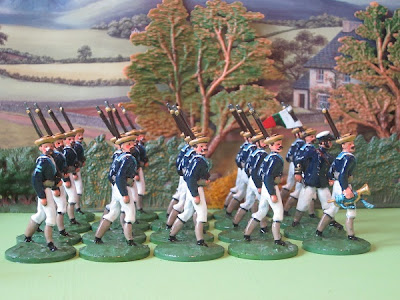 Having already done a Naval Gatling gun for Ferraro Rocca it seemed logical to expand this to a Naval landing force . The Ferraro Roccain navy is under a bit of a cloud at the moment as their only ship is under repair due to a miscalculation in navigation and so it has been decided to redeploy them in a land role. 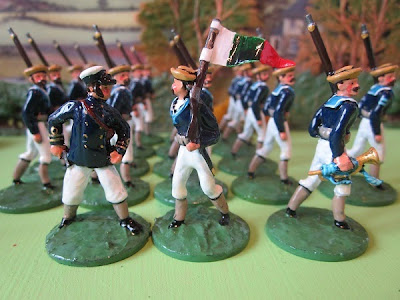 The basic figure is a Irregular 42mm Sailor marching . I converted the bugler by adding an instrument and the Naval Pennant to the rifle of another figure . 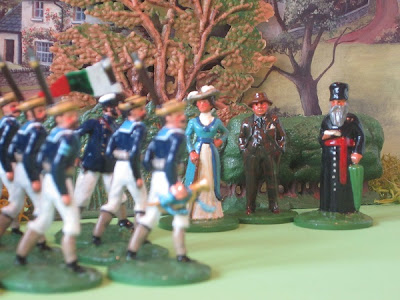 Here we see them marching off to the front , to make them more fit for land service they were given gaiters and cartridge belts made from the canvas from old sails . They are seen on their way by a group of dignitaries - left to right- Lady Constance cousin to the King , Tad Portly 'The Times' correspondent and Archbishop Stefan .
Posted by Mosstrooper at 09:01