Blasthof In The Balkans (Parte 2) 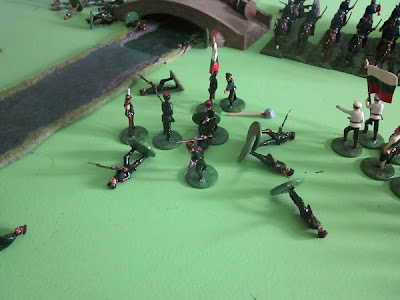 The Ferraro Roccain infantry retire from the bridge to reorganise and unfortunately a stray Treborian shell (matchstick) lands squarely amongst them causing heavy casualties !. 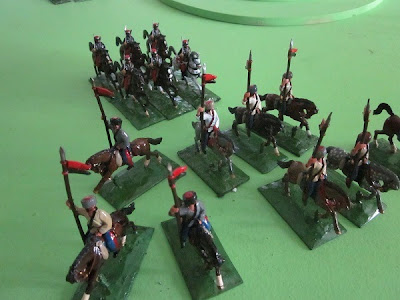 The elite Treborian Hussars of Excellence charge the Hariboan Lancers as they are reorganising and destroy them . 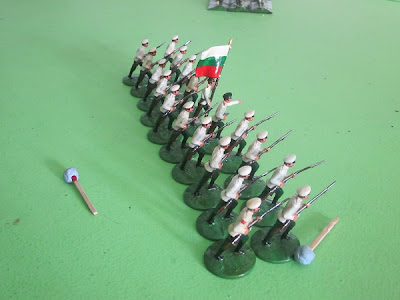 The F.R. infantry having crossed the river advance towards the bridge but come under heavy fire from the enemy artillery. On the other flank the F.R.  Gendarmes charge the Treborian infantry and find out cavalry cannot charge troops armed with modern weaponry. 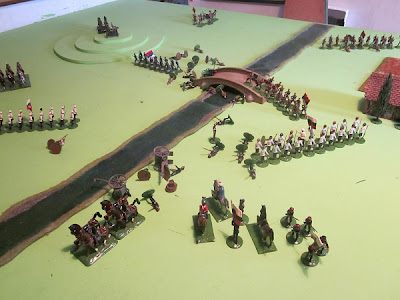 The positions of the armies towards the end of the game , the Treborians charge across the bridge to try and secure both ends to win the game . 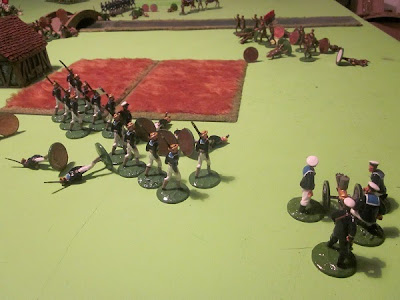 The Ferraro Roccain Naval Brigade supported by the Gatling gun reek havoc in the Treborian infantry's ranks , but take casualties as well. 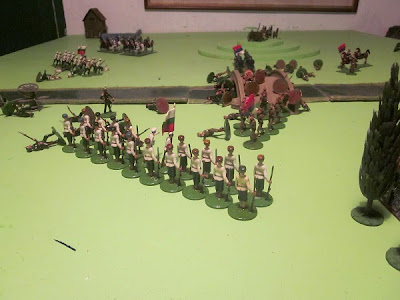 The Ferraro Roccain Reservists halt the Treborian advance with a steady volley . 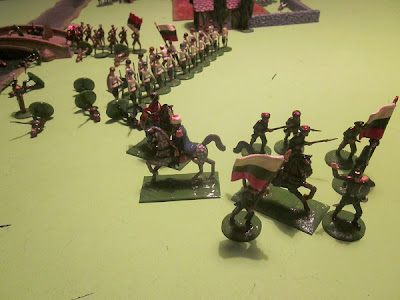 With time running out both sides call a halt to the slaughter , the Ferraro Roccain's had suffered heavier losses but had denied the bridge to the enemy , so a draw was declared . A close run game which could have swung either way up to the very end . Once more Blasthof delivers !.