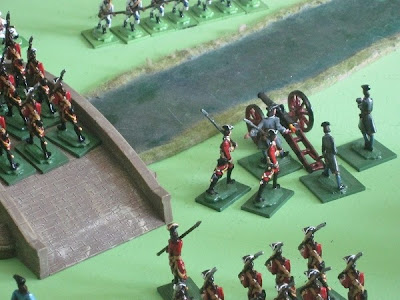 An intense musketry- artillery duel takes place across the river and Imperial infantrymen are drafted in to replace gun crew casualties . 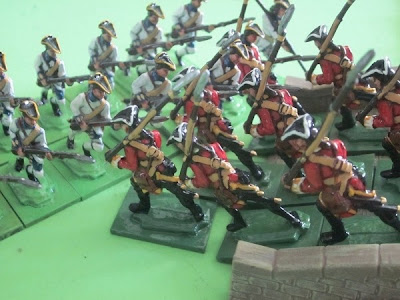 Imperial infantry storm across the bridge to prevent it's capture and an inconclusive melee takes place . 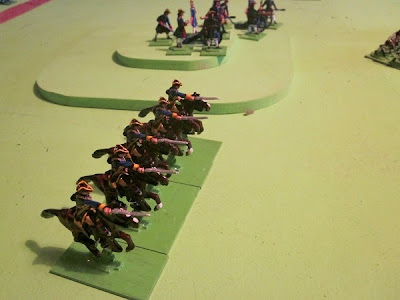 The Electors cavalry is victorious and disposes of its opponents - but the Imperial troops sacrifice is worth it as time is speeding on and the window of opportunity for the capture of the bridge is past . 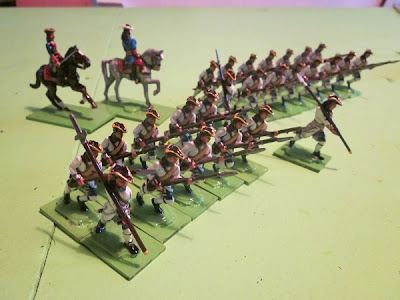 The Electoral infantry reform - but with mounting casualties and the end of the day approaching the day belongs to the Imperial army . 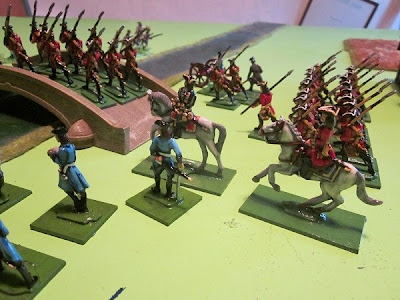 The victorious Imperial troops hold the bridge at the end of the day to gain victory . Casualties were very similar but the Electors army never reach its objective with time to complete the victory conditions . The sacrifice of the Imperial cavalry held them up long enough for the infantry and guns to get into position to deny the bridge to them . In fairness to 'A'  his battle plan was based on a couple of photos which perhaps did not show the distances involved very well and as he is a 'Charge' novice I think he did very well all told. An excellent game overall and a scenario I will be trying out again in the future - perhaps with a Imagination Balkans setting !?.