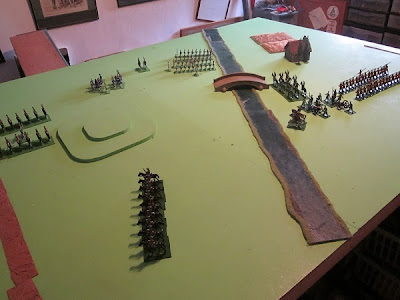 On the first move my cavalry crossed the river and the others moved swiftly towards the bridge , 'A's troops moved forward as he had ordered . 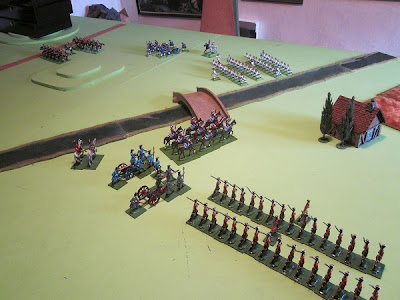 My cavalry reaches the bridge and prepares to cross , supported by the artillery. 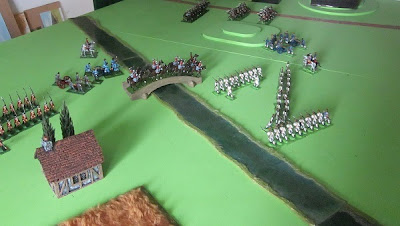 They cross and come under very ineffectual fire from 'A's troops . 'A's cavalry and guns are still moving into position and his infantry are redeploying to counter the cavalry. 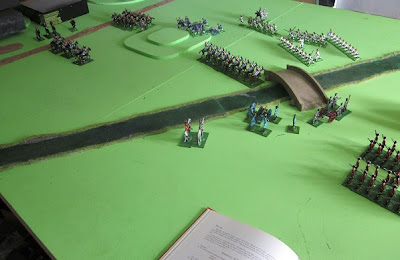 My cavalry deploy to attack the enemy infantry as the guns move up to cover the bridge . The cavalry on the far left flank clash and retire to recover. 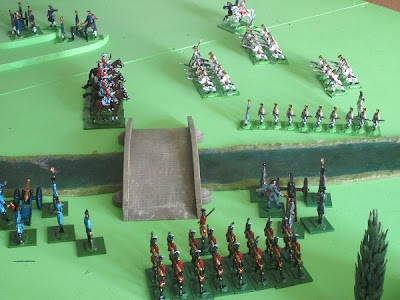 My cavalry clash with his infantry but start taking casualties from the supporting infantry and the guns which are now deployed on the hill . However my own artillery is now in position and the infantry is moving up to cover the bridge . 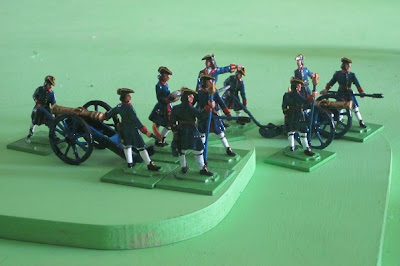 Half way through the game and I think 'A' may have a struggle to capture the bridge , neither side has taken many casualties yet, but with both lots of guns now ready to fire I think this may change in the next move or so . Too be continued .....