There are certain iconic wargaming battles that have stood the test of time and are dear to the heart of most O.S. wargamers , Featherstone's 'Plattville Valley' , Grant's 'The Waggon Train' or 'Sawmill Village'. Ranking with these must also be 'Blasthof Bridge' from 'Charge' by Brig Young and Lt Col Lawford , whilst musing on these battles I realised that I had never played Blasthof bridge , so I thought I had better rectify this using my 40mm homecast SYW figures. 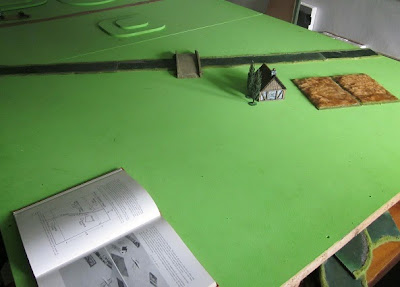 The battlefield set up with the bridge , Blasthof  Farm and the berg . 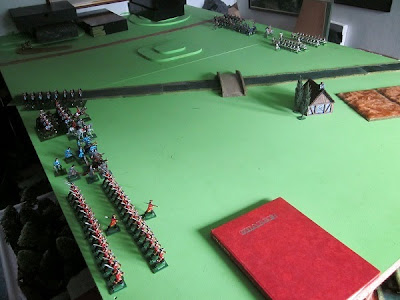 The armies set up - the Imperial Army nearest the camera , the Electoral Army in the distance. 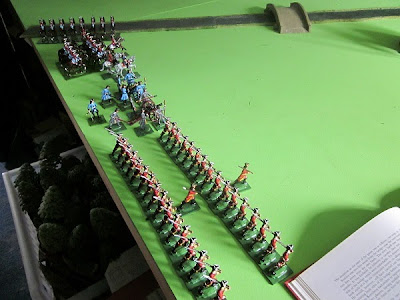 The Imperial Army set up as the book - 16 cavalry, 32 infantry and 2 guns and crews. 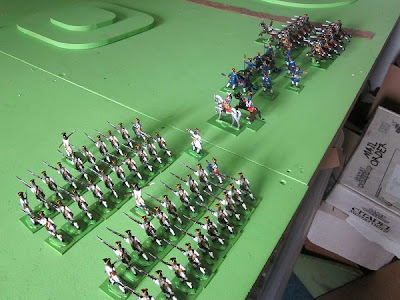 The Electoral Army of 12 cavalry , 40 infantry and 2 guns and crews .Well that's the game set up and I am looking forward to refighting this classic battle .
Posted by Mosstrooper at 00:47