My wife and I  put in our patio last year ( the weekend/holiday of the Royal wedding )  replacing some rather sad grass that in the occasionally fit of bravado I used to  refer to as 'The Lawn' . I have had the idea of running a 'Funny Little Wars' campaign for some time and this weekend the first clash took place. My wife being at work and myself meant to be pulling up weeds which seem to be the staple crop of our garden. 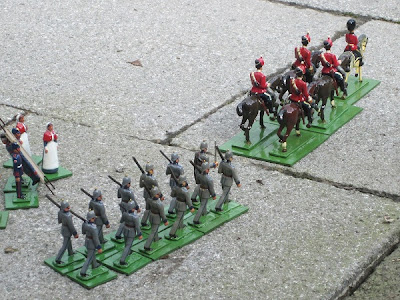 A patrol of Army 'Red' sets out to map and scout the land around the 'Round' pond . It comprises of 4 Westmorland & Cumberland Hussars and the Lanarkshire Rifle Volunteers , the force is commanded by Captain Britain . The medical staff watch as they march off. 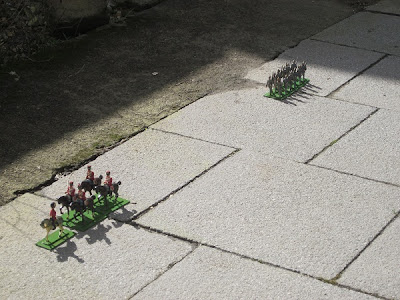 The cavalry soon out distance the infantry . Using the proper outdoor movement distances was quite a eye opener. 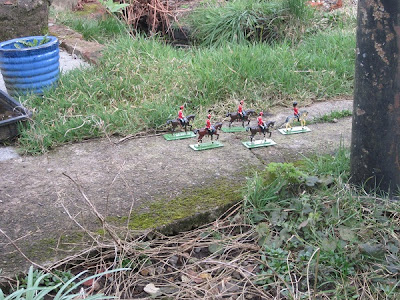 The Hussars and Capt. Britain reach the 'Round' pond . (hidden behind them- rather overgrown - I should have been tidying it up - It's meant to be a haven for wild life so that's my excuse) 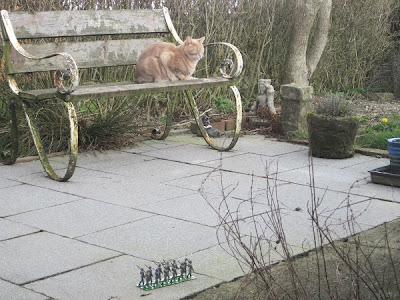 The infantry are rather left behind . The cat Marmaduke is totally indifferent to the manoeuvring troops .(cleaning and repainting the bench is another job to do this Spring - Oh dear this is getting depressing - I  need early retirement !) 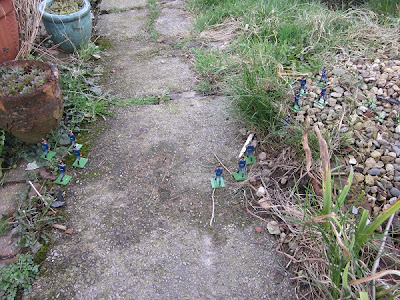 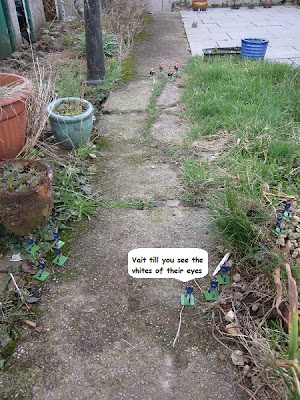 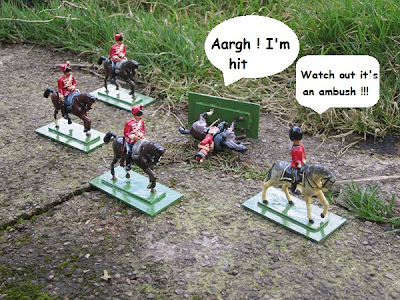 A volley of shots ring out and the first casualty is caused ! Too be continued .......
Posted by Mosstrooper at 14:54