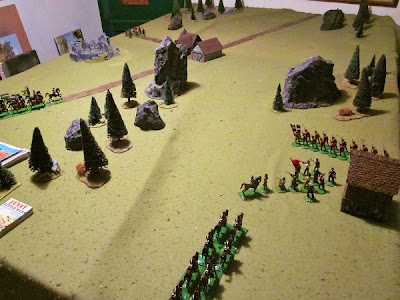 The positions of the Fetaland opposing forces where diced for randomly and it seems by their dispositions that the Treborians had stolen a march on them , with only 1 Black Hand unit available to stop the convoy . 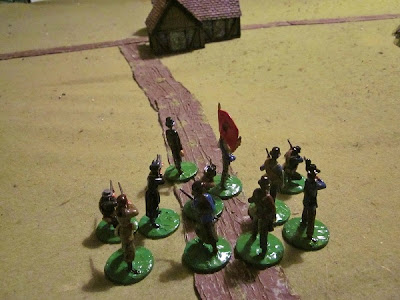 The Black Hand group dash for the village to hold up the convoy . 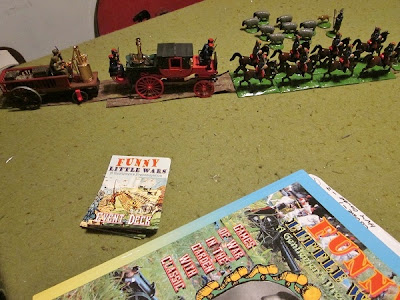 The convoy and escort move towards the village . The rules and the 'Chance' deck being used . 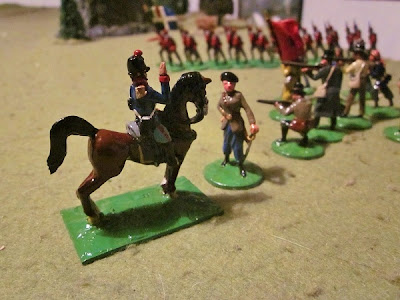 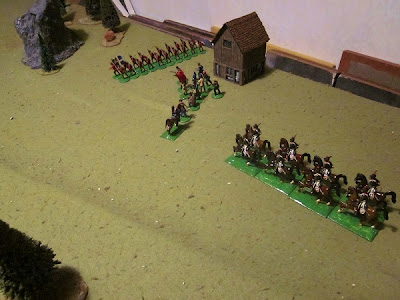 The Fetaland 'Green' Hussars and the Garibaldi Volunteers move up to the attack. 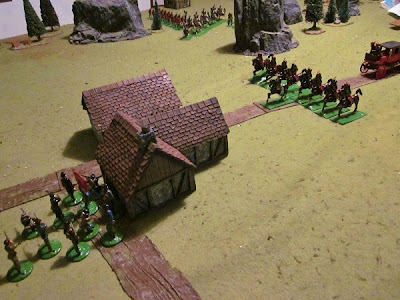 The Black Hand reach the safety of the village and force the Treborian Hussars of Excellence to deploy. 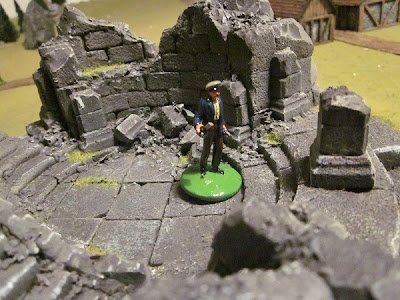 In the nearby ruined tower a Black Hand 'Anarcist' lurks with a 'Infernal' device !. 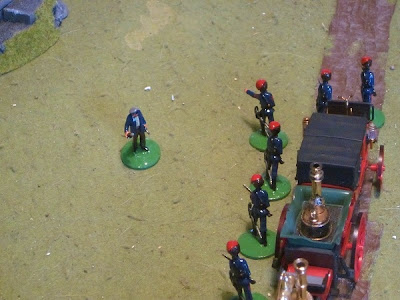 He dashes forward to hurl the 'Infernal' device at the Mounted Constabularies 'Z' carriage - BUT  it fails to explode !. 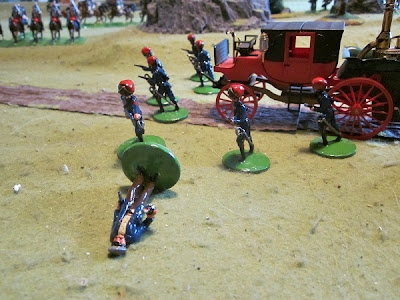 He is cut down by a volley of pistol and carbines ! 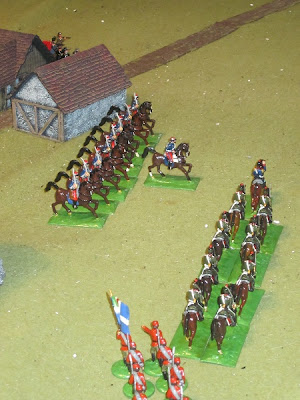 The Treborian Hussars move around to confront the Fetaland forces . 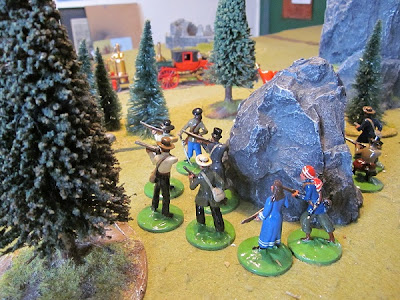 But unbeknown to the Treborians Commandant Barbara and her unit are sneaking up on the convoy . (click on photos to enlarge)Too be continued !.......
Posted by Mosstrooper at 06:28