As some of you may remember H.G. Wells , his travelling companion Polly and H.G.s American cousin Orsen are trying to get the El-Gin Marbles safely out of Treboria back to Britain ( they being a gift from the Treborian government . (http://tinsoldieringon.blogspot.com/2011/11/chance-meeting-in-treboria.html) 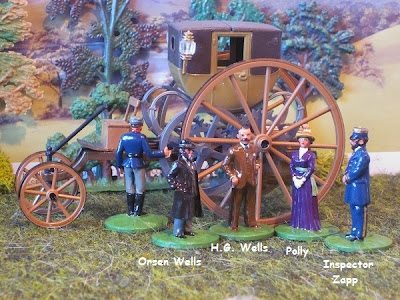 The party prepare to mount the Steam Carriage , the party has been delayed by snow in the mountains (it being to cold to play game in my unheated wargaming room ) . 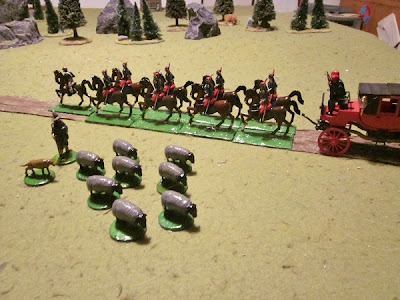 The party pass through pleasant pastoral scenery , the local peasants look on in amazement at the Steam Carriages . The party is escorted by Inspector Zapp and his 'Z Carriage'  and two detachments of cavalry. 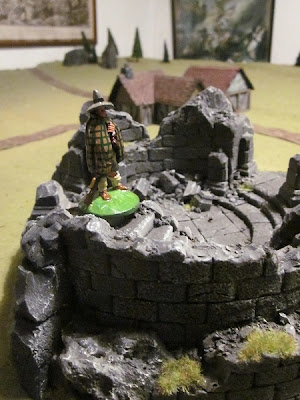 However they are being watched by unfriendly eyes !. 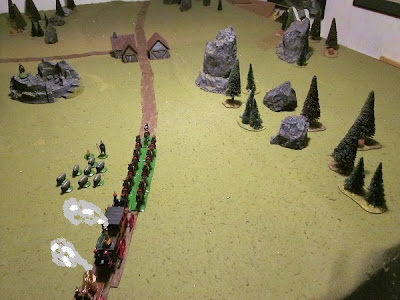 The convoy moves through the valley little expecting what is about to happen !. (click on photo to enlarge) Too be continued.........
Posted by Mosstrooper at 09:16