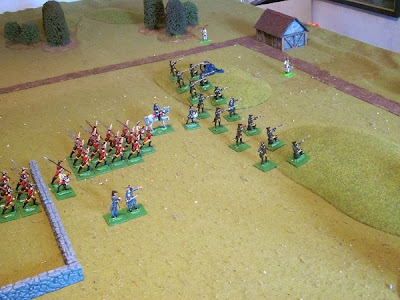 The Allied force moves forward in the pre-dawn dark . I diced for each unit as it moved - 1,2 it moved to the left - 3,4 moved straight ahead - 5,6 it moved to the right . this represented them losing their way in the dark . This caused some confusion in the Allied ranks, the gunners from Scheither's Frei Korps especially getting wildly lost. The French sentries were also diced for each move 1,2 move 6" to the right 5,6 to the left. The above photo shows Scheither's Jaegers capturing the objective and the French sentries running off to alert their comrades. 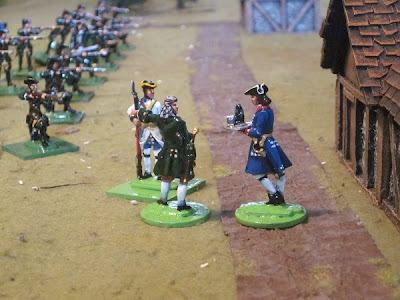 Voltaire who is staying at the local inn is alerted by a sentry as he takes his morning chocolate. 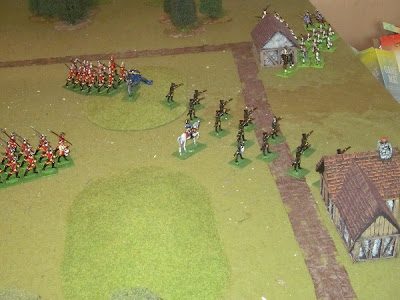 French reinforcements start to arrive . I diced for each unit for it to arrive - 6 to arrive on the first move , 5,6 the second move etc. I also diced for their point of arrival. 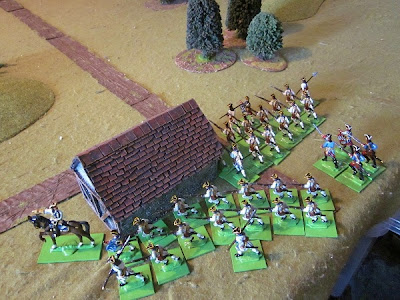 Unfortunately the French arrived at the same position and at the same time , this caused some confusing  as they tried to deploy under fire from the Allies. 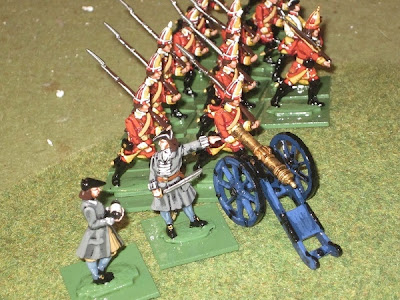 The gunners finaly reach their objective and prepare to lay the incendiary device. 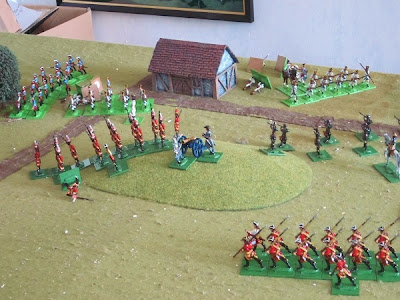 The French start taking casualties from the Allied firing lines . 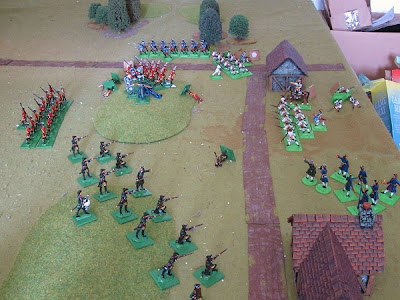 The Grenadier company is hit hard and loses all its command in one disastrous round of shooting , General Karlsberg has to take control of the unit to stop it running away . Voltaire try's to encourage the French gunners to retake their gun. 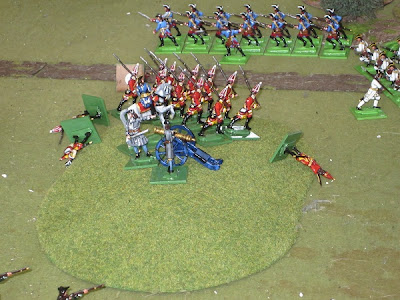 The gunners lay the charge and prepare to ignite it , the Grenadiers are ordered to retire. 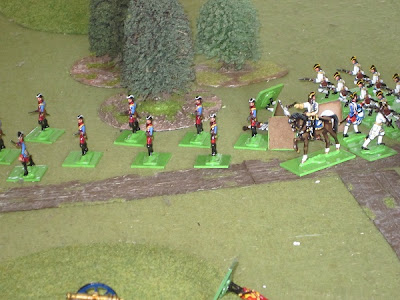 The French forces try and outflank the the Allies . 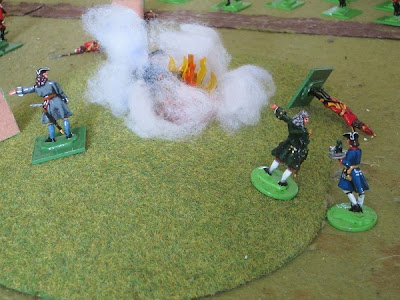 But to late, the gun is destroyed ! .A futile attempt by Voltaire to douse the flames with his chocolate is doomed to failure . The Allies have completed their mission (although they did not get anywhere near the gunpowder store) , but at a cost, they suffered heavy officer casualties to achieve it. The French also suffered heavy casualties and are thisting for revenge !.