One of the problems in home casting is the limited variety of  figures , not so bad in portraying the rank and file but things like General Officers are more of a problem. With a purchase of molds off EBay I also received a number of ready cast mounted officers , I decided to try and convert one to add variety. 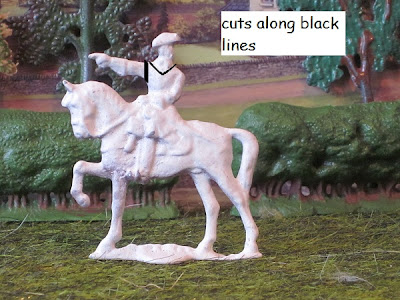 I cut off the right arm and the head as above , turned the head/throat around and glued it in place , added 'green stuff' filler and sculpted another coat front . I then added another arm from 'green stuff' and a piece of wire as a baton. 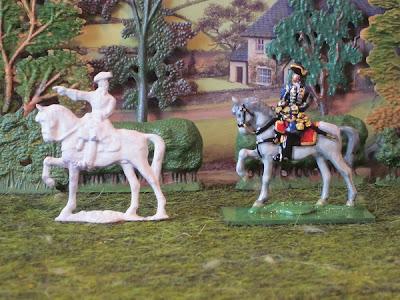 Before and after , luckly the Prince August figure is a little 'primative' shall we say so the arm was not to hard to sculpt (would not want to try it on a Perry miniature). 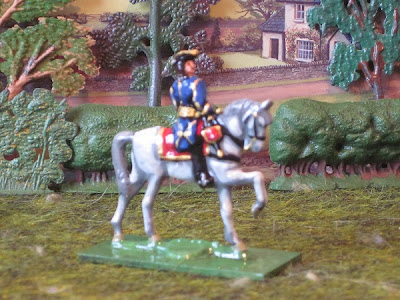 Sorry for the rather blurred photos of the finished item .I also added a waist sash and longer wig to the figure. 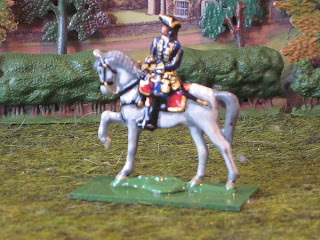 Not to bad for a first attempt. May try swapping heads with infantry officers next to add even more variety.