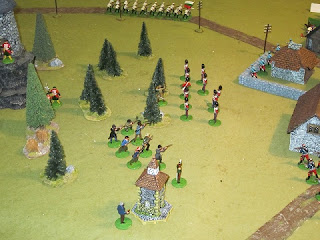 The Treborian forces push through the village driving the militia before them . A Treboian secret agent sneaks up on the FR militia . 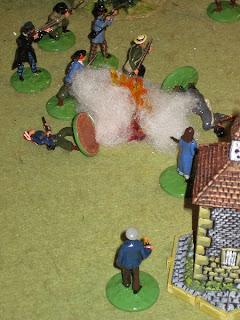 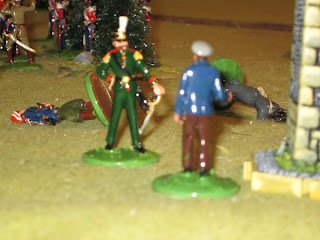 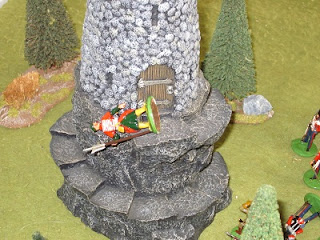 The last of the Ferraro Roccain Household Guard is shot down , The Treborian Staff Officer races up the winding steps to the tower door - shoots the lock off and releases the Envoy and his manservant. 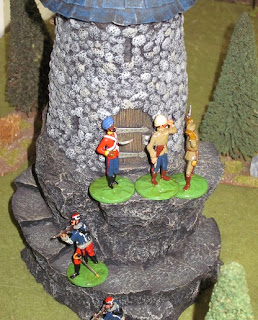 The battle rages below the tower , as the FR  reserves march onto the table, with only limited forces left the Treborians will not be able to make it back to the docks and are forced to spirit Sir Morris into the woods, their flight covered by the few remaining British Legione and the Hussars of Excellance .

Sir Morris Oxford is free ! - BUT  for how long !? . Interestingly this is the second time I have played this game , the first time with my gaming colleague 'S' (I forgot to take any photos - due to the excitement ) and both games turned out with the same end . A Treborian victory but with horrendous casualties.
Posted by Mosstrooper at 07:57