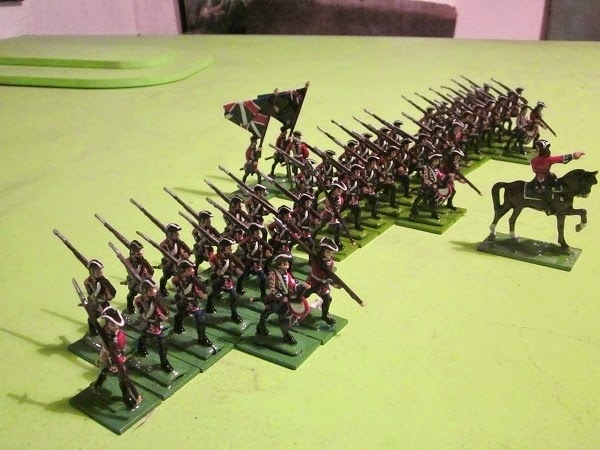 Well I've finally got them finished ! - there was a slight hold up due to my gas bottle running out and needing replacing . Sorry for the rather poor lighting in these photos , I had to photograph them on my table during the daytime with the sun streaming through the window - which does strange things to the colours !. They have 3 companies each of 12 Sentinels , Sergeant, Drummer and Officer and a headquarters of a Lt. Col. , Major and 2 Ensigns . A total of  48 foot figures and 1 mounted . 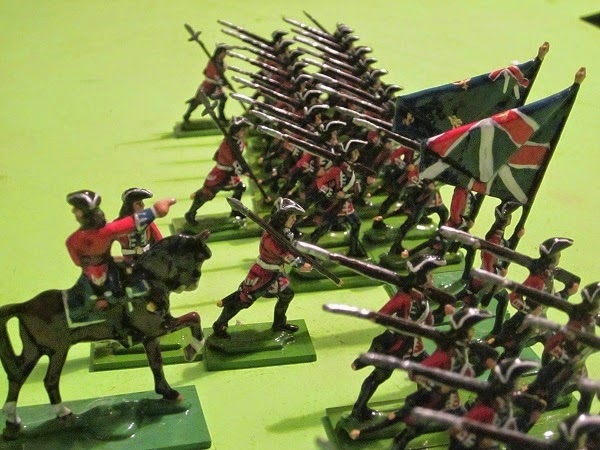 I decided to use the older flatter Holger Erikson figure for the infantry as I have 3 of these moulds which speeds up casting . 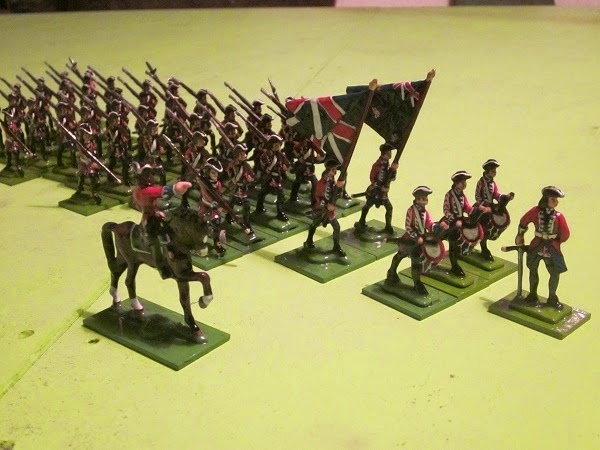 The Drummers should have mitre caps really , but I thought this was a conversion too far !. 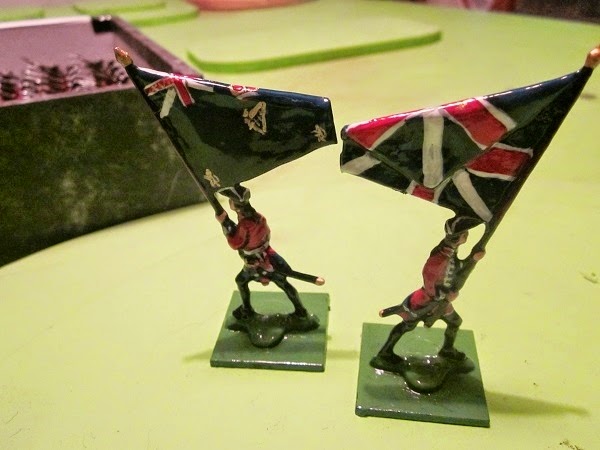 I've been using the old one piece casting for the standards , these took several attempts to get right ! (and quite a bit of bad language) . The next thing will be casting up some French infantry to match the figures I was given .