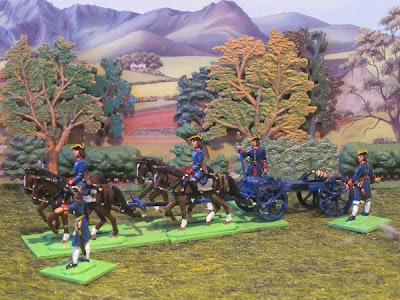 Tired of having to manhandle their artillery piece about, the French have just received a method of propulsion - I've cast up a limber and horse team for them . 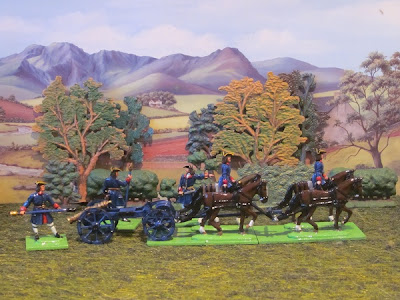 Swiftly the gun is brought into position and deployed !. 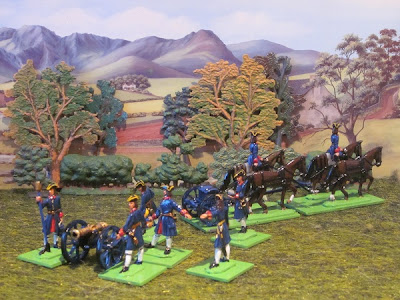 Ready to fire !. I am going to try playing a game using the 'Charge' rules by Brig. Peter Young so I have been reading them and have tracked down a rules summary/playsheet on the internet . Though similar to Grant's 'The Wargame' rules I think they will play quicker as they use larger movement distances and are generaly simpler.