The search for the British Envoy (2) 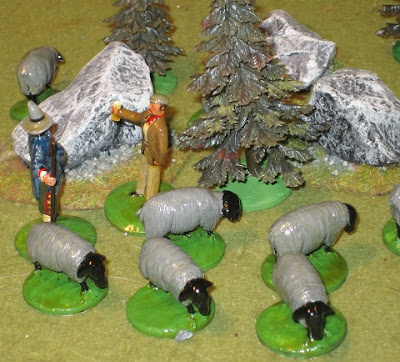 The Ferraro Roccaian forces are being held up ! 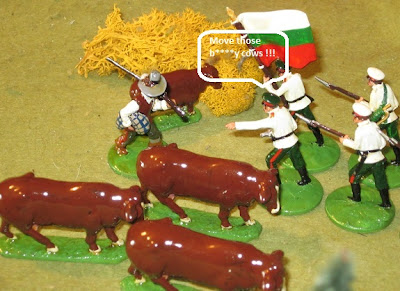 The opposing forces move further onto the table looking for clues . 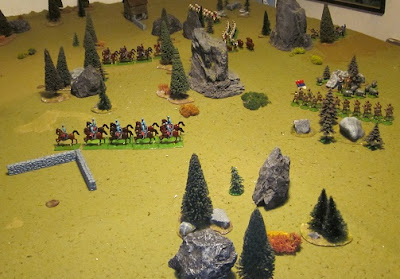 The infantry find themselves confronting one another in a narrow pass 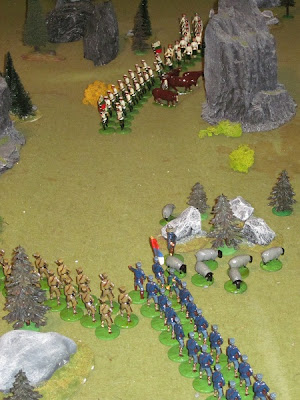 Another event marker is revealed !  only a goat herd ! 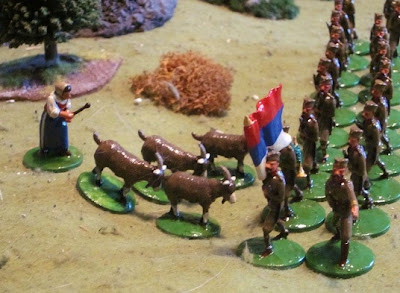 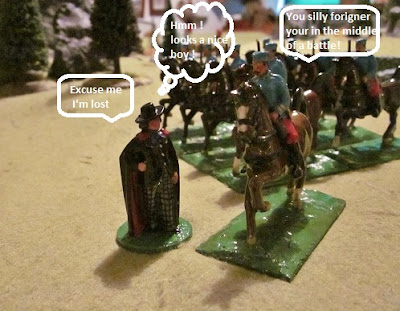 The infantry open fire at each other 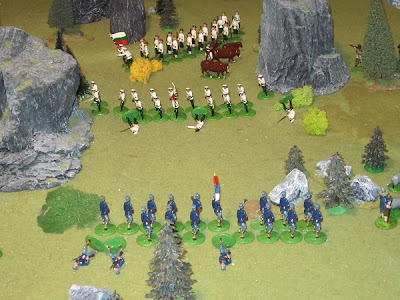 The cavalry exchange fire and there are casualties - some of them non military ! 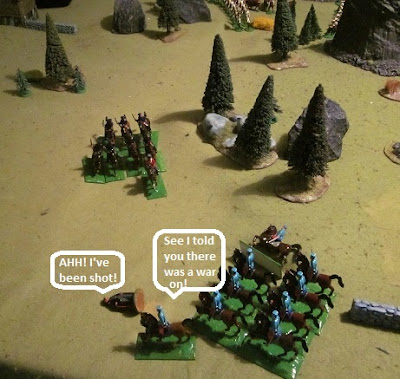 The Treborian  cavalry charge the the FR cavalry and destroy them and their CinC , the infantry firefight continues with heavy casualties on each side . Richard Hannay can be seen sneaking across the bottom of the photo to check out a marker in the heavy cover nearby. 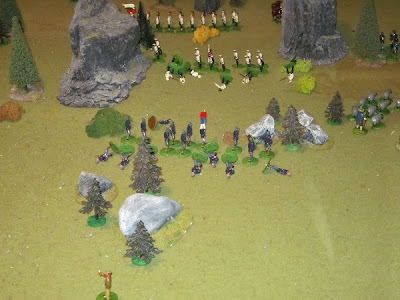 He finds the marker and it reveals - Sir Morris Oxford and servant ! ( No I didn't cheat ! it was just as the card where drawn !) 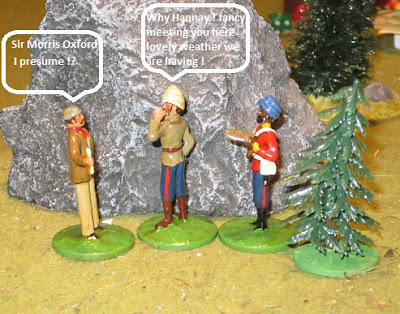 Hannay and Sir Morris retreat into the heavy cover and leave the table as the battle comes to a end . The Treborian infantry retreat having suffered heavy casualties . The Ferraro  Roccaian forces retire having lost their CinC and cavalry unit also substantial infantry losses . 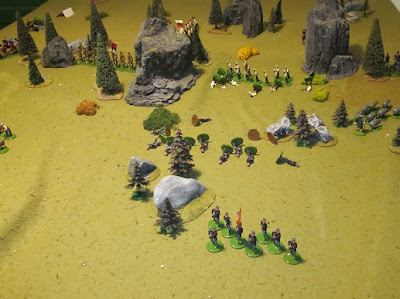