Adventure at the Schwartzpool Tower ( continued) 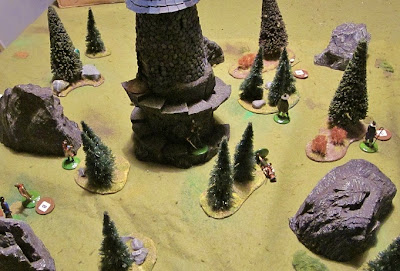 This is the situation were we left our hero - Hannay has gathered one clue (written in Ancient Greek by Sir Morris Oxford containing direction of his escape - luckily Hannay went to the same school and studied Ancient Greek) . Other members of the apposing forces search the woods but don't find anything of interest . 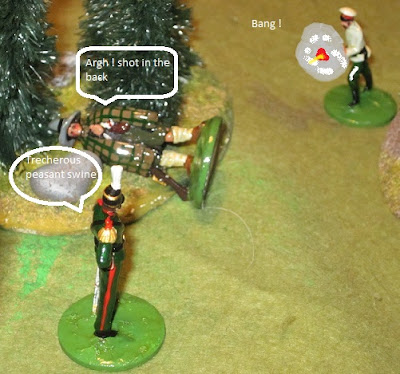 Hannay's companion try to help but one by one they are killed by Velkro's henchmen . 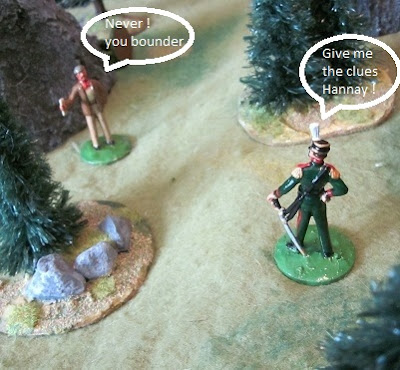 Hannay is confronted by his Arch enemy 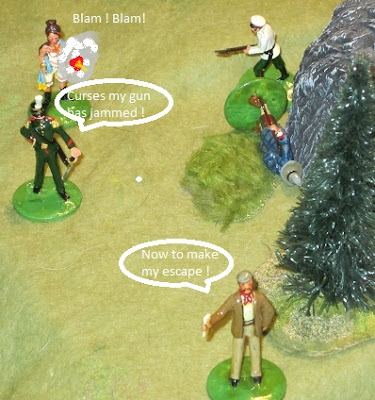 But with luck and the selfless sacrifice of his last ally he makes his escape !
.45 Adventure rules played very well and brought out the heroic qualities of the characters , other lesser characters/henchmen etc die quickly . The fact that Richard Hannay has got both clues will be reflected in the set up of the next game , giving him a advantage over the baddies !.
Posted by Mosstrooper at 09:57