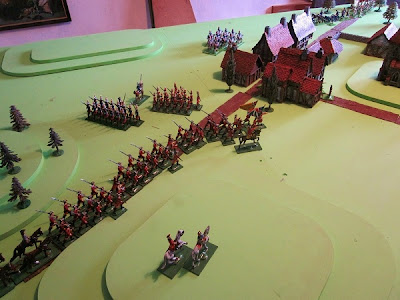 Found some time to continue the 40mm SYW game this weekend , the Allies move up the road as the French Chasseurs move into the houses and open fire on the advancing 20th Foote. 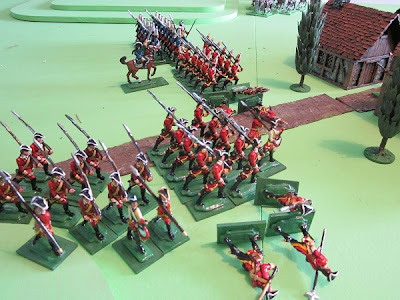 They cause some casualties and the British fire back . 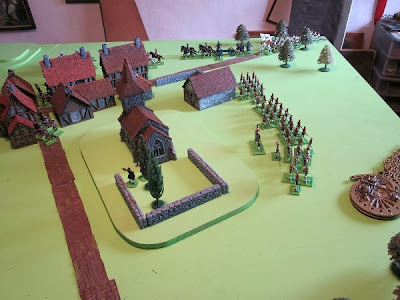 The French Regt. Castellas makes a flanking march as more French move onto the table. 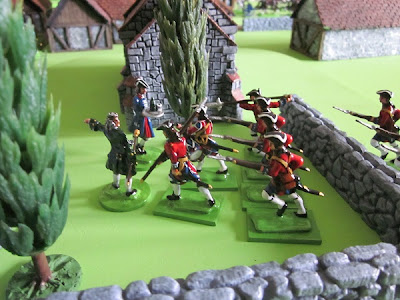 Voltaire's observations are disturbed  by the arrival of a company of the Swiss - he offers the officer refreshments - and advice - one is received better than the other !. 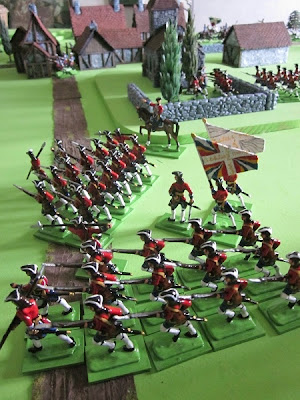 The Swiss deploy , this is their first battle as a complete regiment . 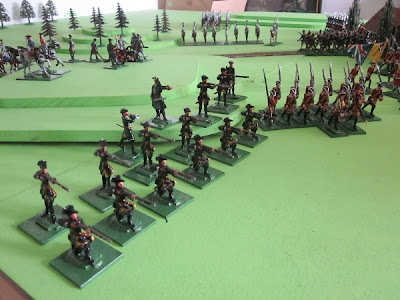 The Jaegers from Scheither's Frei Korp deploy in skirmish order to counter the French attack. 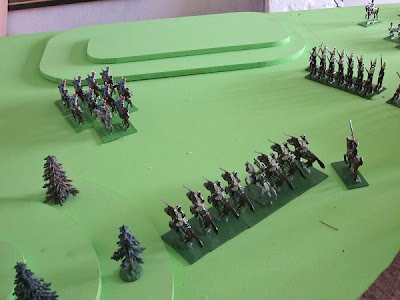 The French Hussars have worked their way around the Allied left flank (after driving off the Allied cavalry) . The Allied Carabineers reform and prepare to engage them again. 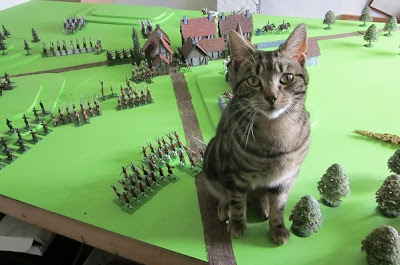 Hodge (who has grown a bit since last appearing on this blog) tours the battlefield , rumours that he displays more generalmanship than the author are totally refuted !. Too be continued -if I can decat the table !