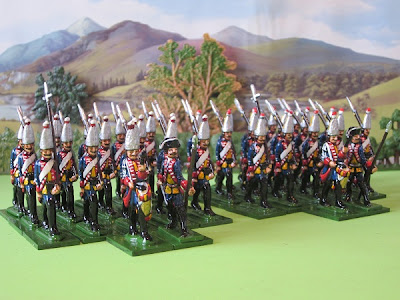 Have finally got around to finishing off painting the Nurnberger Meisterzinn figures I got off EBay , these have been painted as the combined grenadier companies of the Hesse-Kassel 'Liebgarde zu Fuss'. To tell the two companies apart I reversed the pom-pom colours - not historical but a handy way to tell them apart.

They are not as crisp a casting as Prince August ones and are swine's to cast up , it took about 6 attempts to get the 2 drummers cast up - the metal moulds don't seem to allow the casting metal to flow through them as easy as the rubber compound ones . The 2 Officers are Prince August Prussians - the Officers did not seem to wear the mitre cap. I also converted a couple of the infantry into Sergeants by cutting the musket away and gluing pole arms to them. 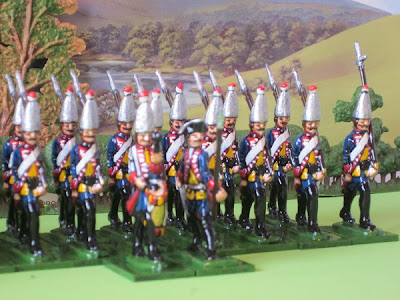