Another Side of my Hobby. 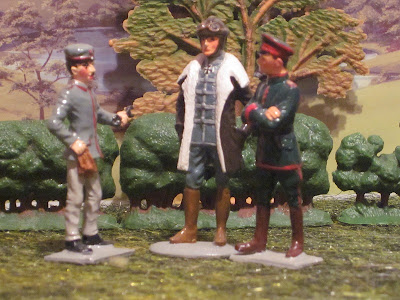 I have always been interested in the classic 'Toy Soldier' scene (54mm scale figures) and for years I did nothing about it other than subscribing to 'Toy Soldier Collecter' magazine . A couple of years ago I read an article about starting a collection and they recommended you concentrated on a particular period and type of figure . I decided I would collect World War One pilot figures - a narrow niche but surprisingly fruitful !. Above one of my favourite sets - German pilots and mechanic (I think the central figure is Richthofen) 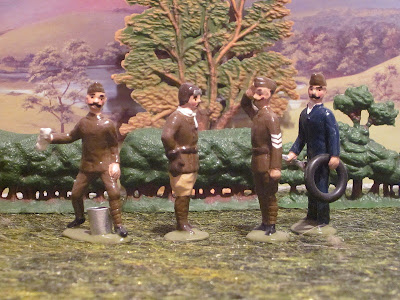 Another set - a British pilot and ground crew. I mainly purchase off EBay and TRY not to spend to much !. Think my interest of this period was generated by the 'Biggles' books 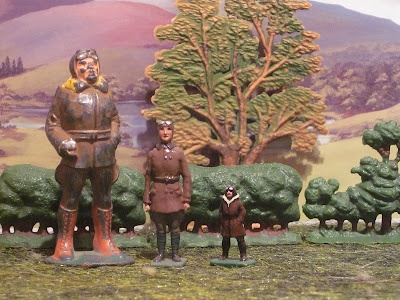 They come in all sizes ! . The centre figure is a 54mm figure, the one on the right a pre-war Skybirds pilot repainted by me and the left a large hollow cast figure from America . Initialy I was going to stick to just the 54mm figures but now I collect any figure that portrays a pre WW2 airforce figures.