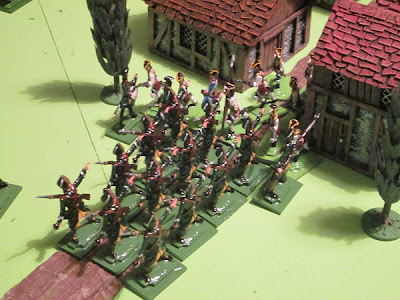 The French try to recover the village but in a fierce melee Scheither's Grenadiers drive them back. 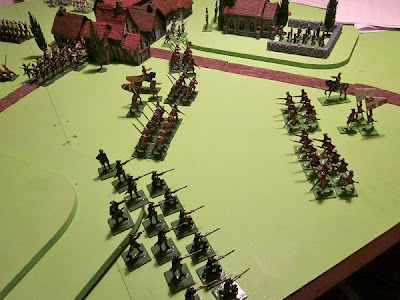 The Swiss are confronted by the 20th and the Jaegers . 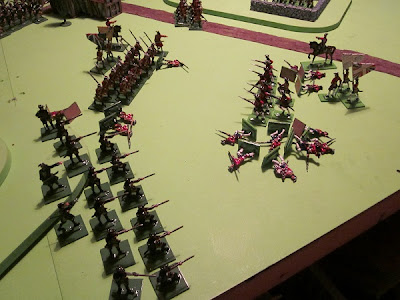 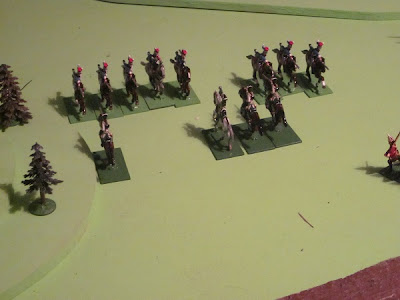 On the other flank the French Hussars defeat the Carbineers. 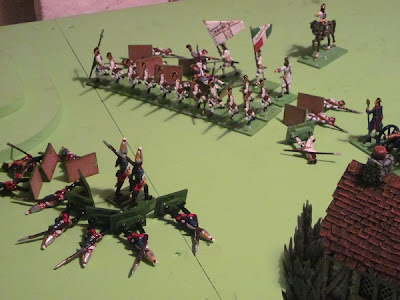 The Hessians 'die hard!' but a combination of musketry and grapeshot remove them from the game ! - they being a newly painted unit this was to be expected !. 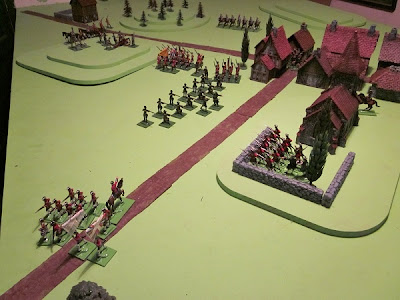 End game ! - the Swiss retire and the Jaegers see them off !. The 20th redeploy to confront the enemy cavalry. 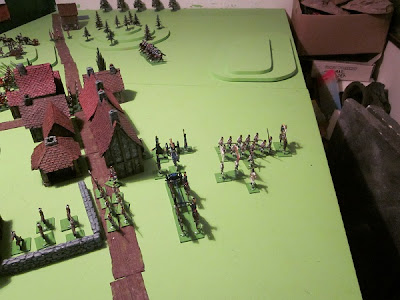 On the other flank the French retire having suffered heavy losses from the Hessians . 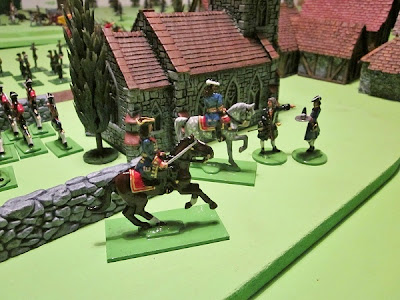 With the French army in retreat Voltaire seeks an explanation from the French General Comte Du Fru-Fru  and is told that it is a tactical redeployment to fool the Allies ! - he is NOT convinced with this story !