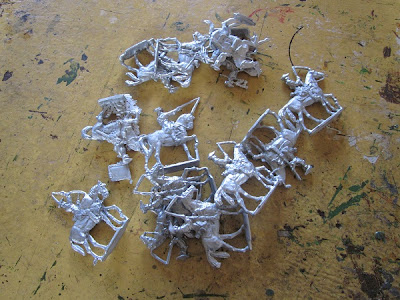 As my wife is working this Easter I have been left to my own devices for the time being, so braving the cold weather I cast up some more cavalry figures - the command and second Squadron of the 'Blue' Horse. 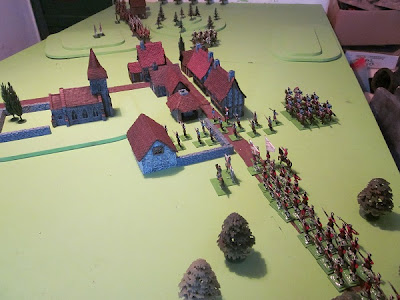 I also set up a encounter battle to try out some of my new toys . The French are nearest the camera , the Allies in the distance. 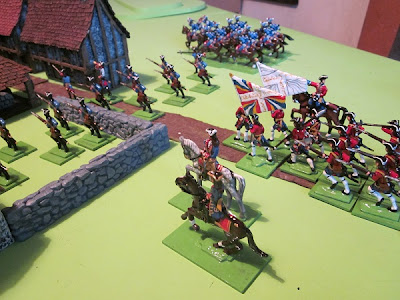 The French deploy their Chasseurs and Hussars as the Swiss Regt. Castella move up the road. 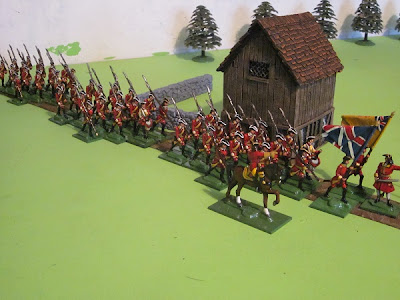 The opposition the 20th Foote . 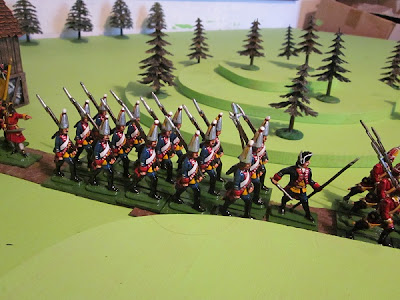 The newly painted Hessian Leibgarde zu Fuss Grenadier company (no drummer yet- have to cast him up next) their first battle - how will they perform ? 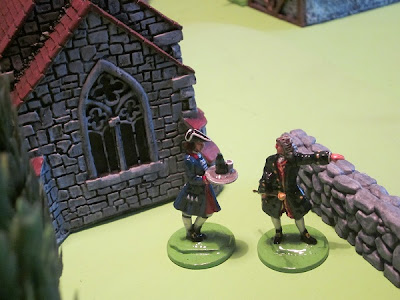 Voltaire and his manservant 'Wee' Jocky take up position in the church yard to get a good view of the action . I will be using 'Charge' for the rules and will hopefully post the results of the battle in the near future.