Holding The Village (Parte the Thirde)

I brave the near Arctic conditions of my wargaming room (the 'toy soldier' room my wife calls it !?) to bring you the third instalment of this increasingly exciting battle . 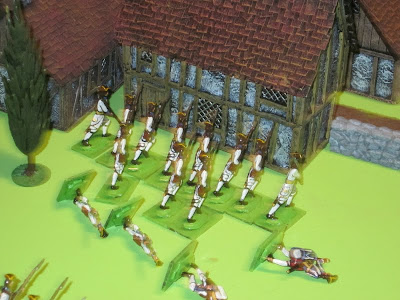 The Regt. Du Roi storms the village , they succeed in forcing a entry but are ejected by the brave Jaegers and lose heavily. (a bit of a blurred photo - camera shake probably due to the cold !) 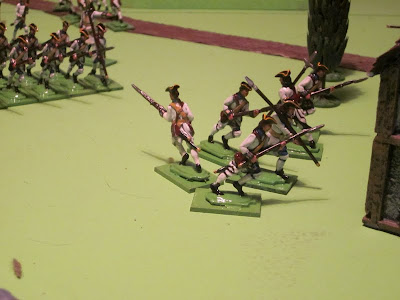 The survivor's of the attack retreat. 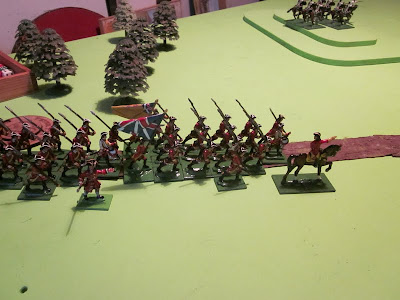 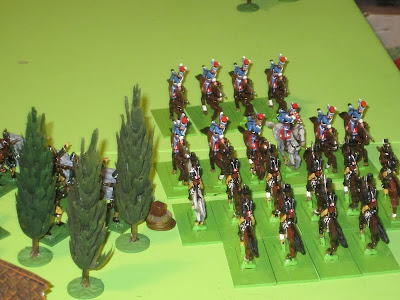 On the right of the village the two forces of Hussars clash in a protracted melee. 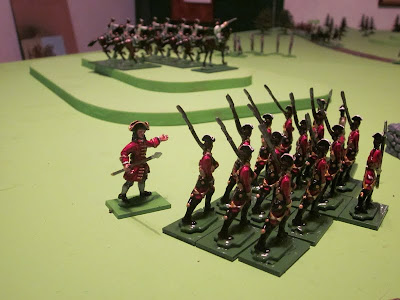 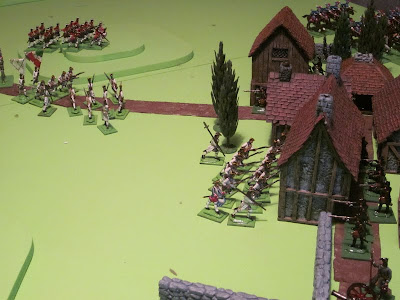 A second attempt to storm the village struggles to gain a foothold. 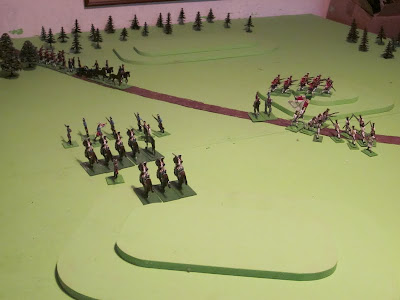 Sensing victory is on hand the Carbineers attack the reformed Chasseurs and drive them off again . The remnants of the Regt. Du Roi rally to their standards in the centre. 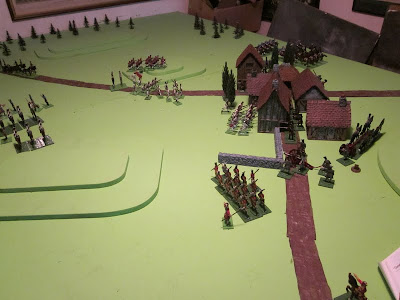 The situation about half way through the day, on the right of the village the cavalry fight continues , the French infantry try again to force a entry into the houses but British troops are moving up to flank them. In the centre Count De Fru-Fru tries to reorganise the French Foote. The Allied Carbineers are victorious on the left , in the distance French reinforcement move up - but will they be in time ? Too be continued ........
Posted by Mosstrooper at 08:38