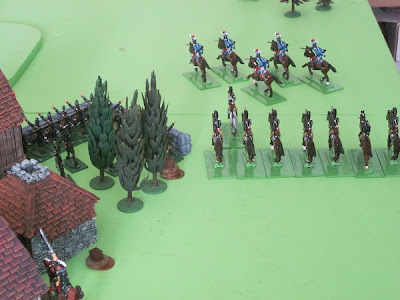 The cavalry melee goes into it's second move and results in the French Hussars retreating . 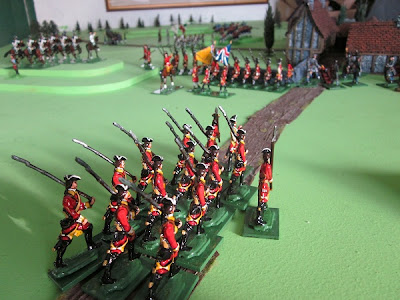 Move Allied reinforcements arrive , events are turning against the French . 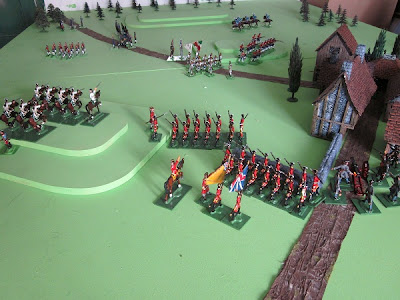 The company of the French Regt. Du Roi manage to break into the village and take over the large house , however Allied infantry are closing in and they have manoeuvred their gun to fire at the building at close range !. 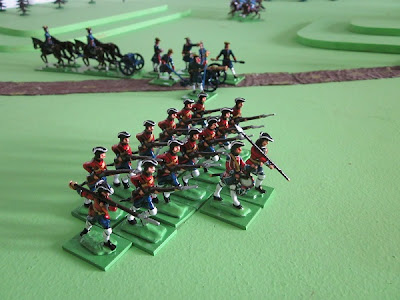 French reinforcements arrive in the form of another company of the Swiss Regt. Castellas , newly painted and the varnish still tacky - but to late to save the day for the French. 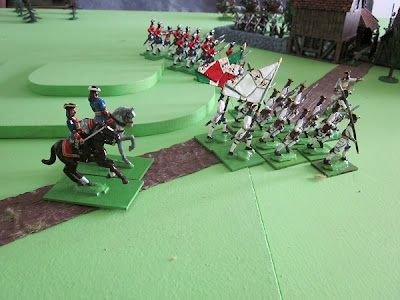 With mounting casualties and both flanks now threatened by Allied cavalry, Comte Du Fru-Fru decides discretion is the better part of valour and signals for his forces to retire . A overwhelming Allied victory with the French suffering double the number of casualties . The French were unlucky with their reinforcement dice and I was perhaps to generous with allowing the Allied reinforcements a chance to arrive early . A great game which played well and was exciting to the very end. Now I'm off to cast up some more cavalry for the next game.  P.S. Blogger has seemed to have cured itself and is now allowing photos to be loaded as normal without using Picassa - I do wish they would stop messing with it !.