Holding The Village (Parte the First)

Leaving my Napoleonic troubles behind me, I decided to return to an old favourite - 'Charge' and play a game using them and my 40mm SYW  figures. 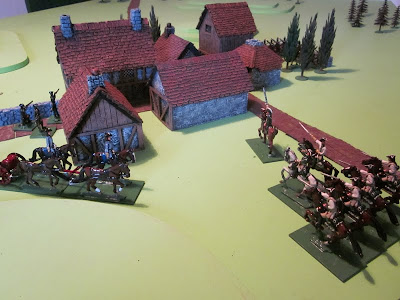 In a audacious move Col. Scheither and his Frei-Korp have made a night attack on the French held village of Malerischen Alten Dorf and driven the small garrison out . He has established his force in and around the village to hold the French off till reinforcements reach them. 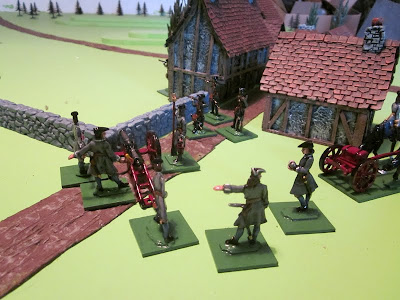 To the right of the village the cannon . 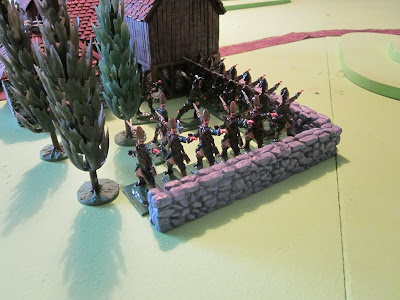 To the left the Grenadier company hold a small orchard . 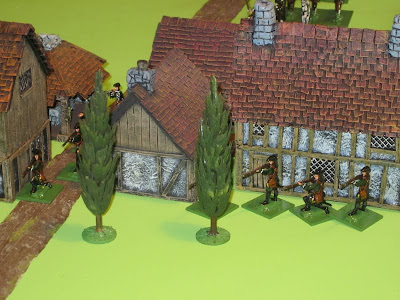 The centre is held by the Jaeger company , in and around the houses and narrow streets . The Colonel has held the Carbineer company to the rear as a reserve. They await the French !. 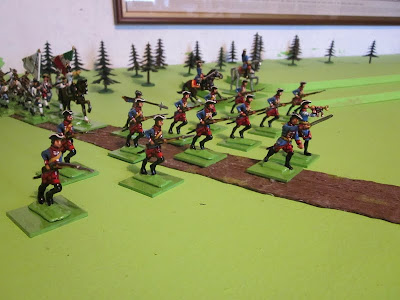 They do not have to wait long !. The Comte De Fru-Fru appalled by the effrontery of the Allies in capturing the village in such a underhand way as a night attack, is leading a force to recapture the village . The Chasseurs De Sombreuil lead the way . 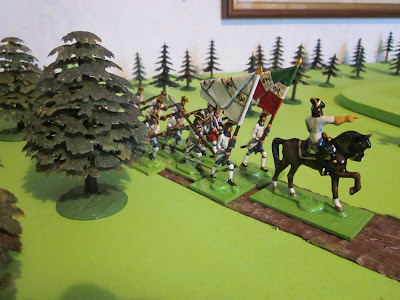 Followed by the Regiment Du Roi. 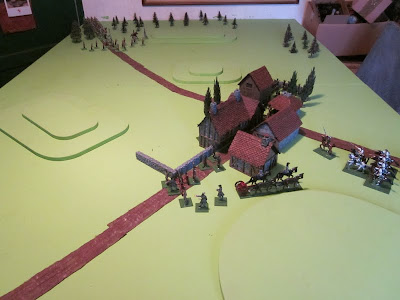 The table set up for the battle. I will be using 'Charge' rules with the solo adaption of drawing cards for moving units - Black cards for the French ,Red cards for the Allies . The game will last 1 day (20 moves) and the arrival of reinforcements for the Allies will be done by a increasing dice roll per move . (on move one - 1D6 on move two 2D6 etc a 6 being needed to bring on reinforcements) . All muskets will have only 6 shots of ammunition . Too be continued........
Posted by Mosstrooper at 05:52