Been away camping in Northumberland , near Seahouses to be precise , the weather forecast was lousy but it turned out not to bad at all - blustery but sunny . We took a rather bouncy boat trip to the Farne Islands ( we began to think it was a Grace Darling theme boat ride ) , loads of Grey seals and sea birds. Went on lots of invigorating walks , called in at Chillingham Castle and had a very nice Afternoon Tea (how civilised) and I  came across these two cannons dated 1844 - not on their original carriages 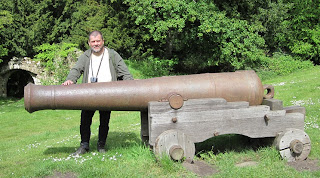 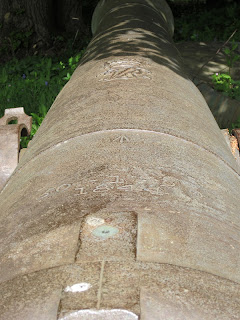 Don't know were they came from originally , would think they are either Naval or Fortress . On a beach near Bamburgh I found the worlds largest dice ! ( well they probably have bigger in the USA ) 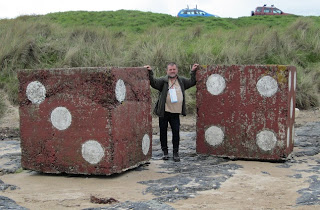 Okay I'm not tall but I thought they where impressive . In the dunes further on found a WW2  gun emplacement , had heard about it before but could not find it last year , it must have mounted a gun of some
sort as it had a substantial  base mount . 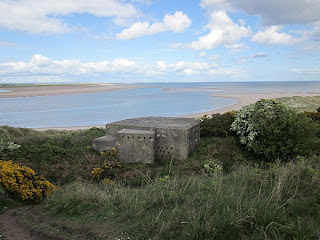 It overlooks a bay just south of Holy Island , its interesting that it has lots of 6" pipes set into the rear walls - to allow the smoke/fumes to escape ? 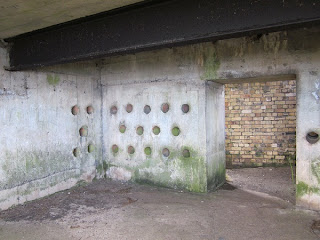 Remarkably clean inside ! these buildings usually turn into toilets  , it has a impressive Field of fire ! 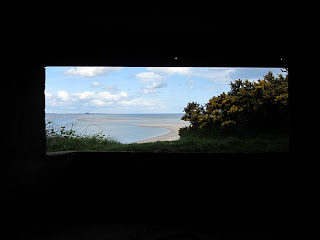 Whilst on this WW2 theme ,the coast near by is dotted with pillboxes - in various stages of repair , this one is near Dunstanburgh Castle . 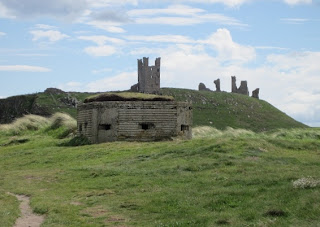 It unfortunately is NOT as clean inside , but has a magnificent field of fire and a very secure entrance. 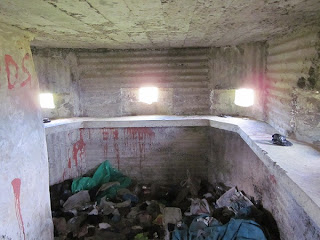 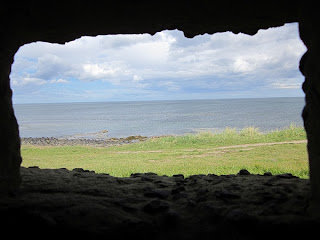 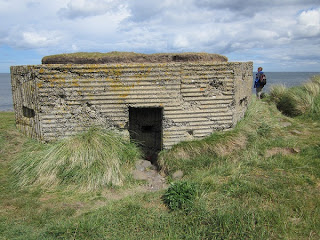 It is very roughly finished , they seem to have used corrugated iron sheeting to shutter the concrete . It would be nice to see these historic buildings kept in repair - they are just as worthy of preservation as the stately homes and castles , unfortunately they are not as potentially lucrative as some of the surrounding British Heritage/ National Trust sites. All this has of course has got me thinking WW2 gaming ! Oh dear !.
Posted by Mosstrooper at 10:51