Move 5 saw the Ferraro Roccain infantry attacking the farm, after 2 rounds of combat they were thrown back with heavy casualties, the Treborian Reservist infantry were aided by the cover the walls and buildings gave them. 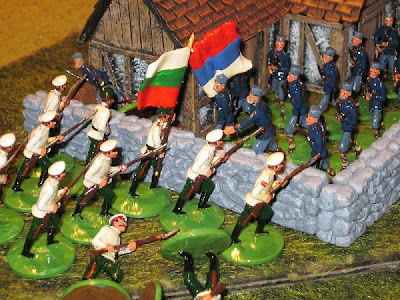 The FR infantry rallied and renewed the attack , they scored a 6 and rallied and were able to move the next turn . 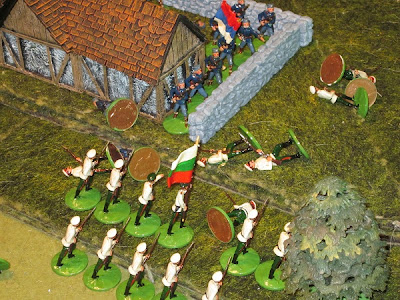 On the other flank the FR Hariboan lancers charged and defeated the Treborian Elite cavalry . 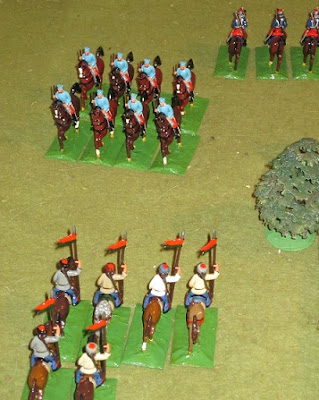 In the centre the Treborian infantry took heavy casualties from the FR artillery and the Reservists by the church . Unfortunately there was a 'frendlyfire' incident as the FR  gun fired prematurely as I was loading it and landed in the infantry on the left of the farm causing casualties. 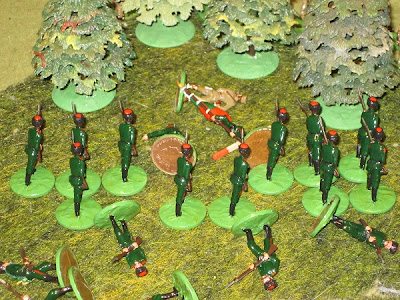 I have a strict rule that where a matchstick lands that is where the damage occurs! - MUST be more careful when handling loaded weapons !. this is the situation at the end of the move , with the Treborian gun having to withdraw to a safer position. 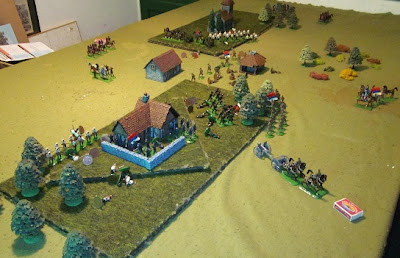 The successful Hariboan lancers were charged as they reorganised by the Treborian Dragoons and were routed off the field this left the flank of the Farraro Rccain army open . 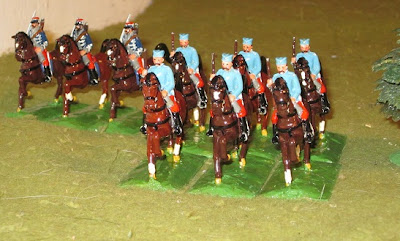 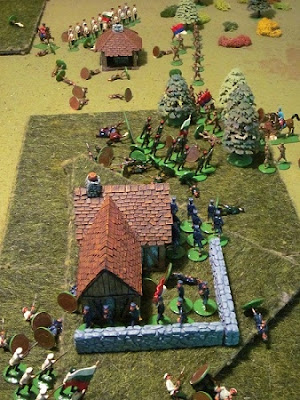 The FR gun limbered and repositioned to counter the enemy flank attack , the FR  Reservists pushed forward driving the opposing infantry back. 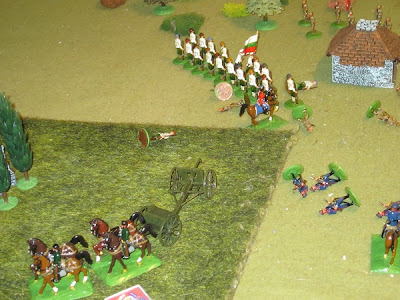 However the renewed attacks on the farm ran into trouble and casualties mounted from rifle fire and close range artillery fire. 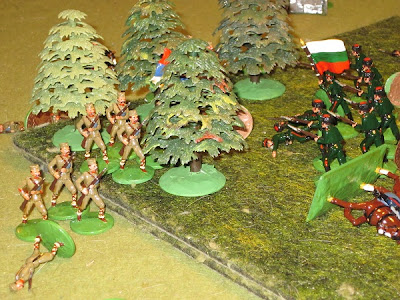 The Ferraro Roccain attacks failed and the survives fled back towards their baselines . The Ferraro Roccains having lost half their army points, the game was stopped after move 8 and the Treborians were declared winners . 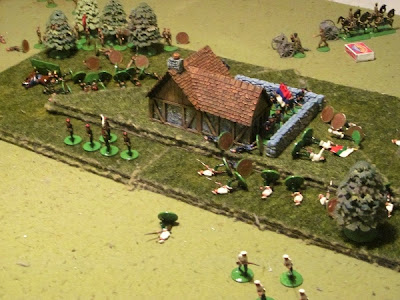 The Ferraro Roccaians had lost the battle although they had given the Treborians a bloody nose .Their failure to support the attacks on the farm with artillery fire was probably their main fault , although the Treborians were rather passive in defence . 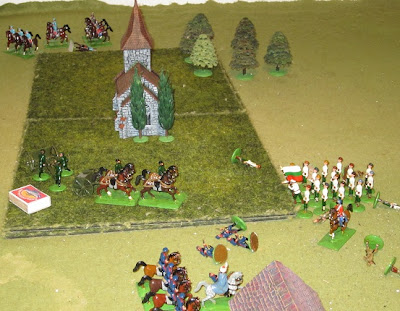 The battle was a close one and hung in the balance till the last move . Having used the random move rules this game I think they work well and give that bit of uncertainty to the game .Once more  I found this another enjoyable game and am a firm fan of the 'Funny Little Wars' rules.
Posted by Mosstrooper at 11:17