Been on a weeks holiday to Slovenia in Kranjska Gora . Mainly a walking-sight seeing trip with beautiful weather and very warm  (30+ temperatures). I had not realised the area around was the scene of heavy fighting during the First World War , between the Austrians and the Italians and  Kranjska Gora was an important staging and transport centre. Sadly none of this is still visible and the village is mainly modern redesigned housing with only the church and centre of the village being of any age. On a day trip out to the Julian Alps ( named after Julius Cesar - who campaigned there and built many roads ) I was excited to find that we where to stop at Fort Kluze in the Koritnica Valley . Typically when we arrived the Fort was closed for maintenance work , but I managed to take a few photos - just as my cameras batteries failed ! 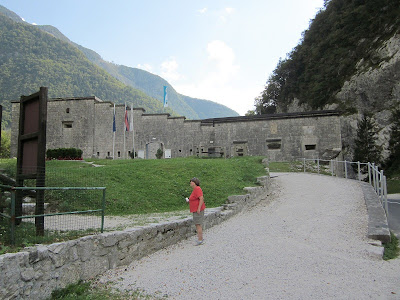 Entrance to the fort , the stout American lady is for scale . ( my wife said I had to point out it was NOT her !) 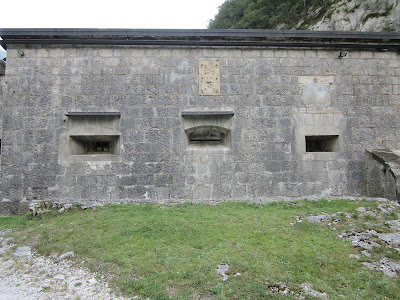 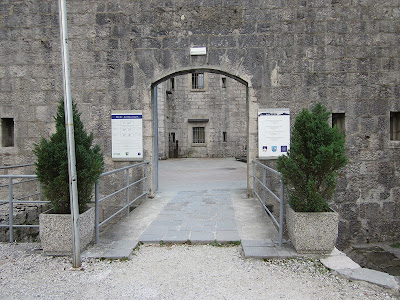 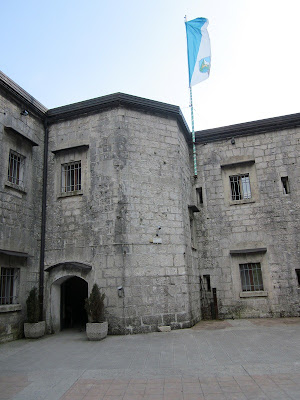 The entrance to the interior buildings. 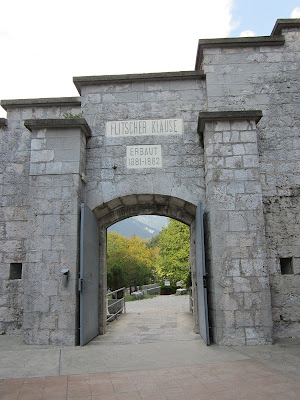 Looking from the courtyard towards the entry , it was built by the Austrians in 1882 to defend the Koritnica valley which borders with Italy. 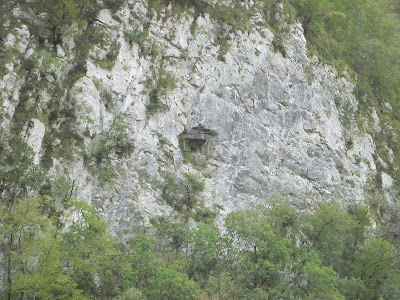 A machine gun position in the cliff face covering the entrance and rear face of the fort. At this point I walked round to the front to photograph the 'business' side of the fort only to find my camera batteries had exhausted themselves ! ( I leave it to the imagination my language at this point). 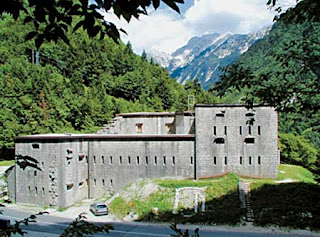 I found these photos of the fort from a Slovenian Tourist site . The side of the fort , the entrance being on the rear left of this photo. 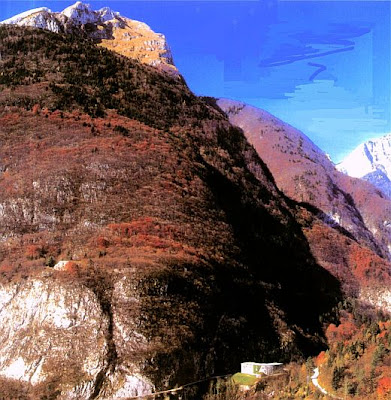 The front of the fort in its dramatic setting ( it would have taken me a week to climb up to this position to take this photo ). The fort was never attacked during the war although one further up the valley - Fort Herman was heavily shelled and partially destroyed by the Italians. This of course raises the question - how to wargame this campaign - you would need to base the figures on Velcro to get them to stand up on the precipitous terrain !
PS. Forgot to mention an earlier fort had been captured by French troops in Napoleon's Italian campaign .
Posted by Mosstrooper at 02:05