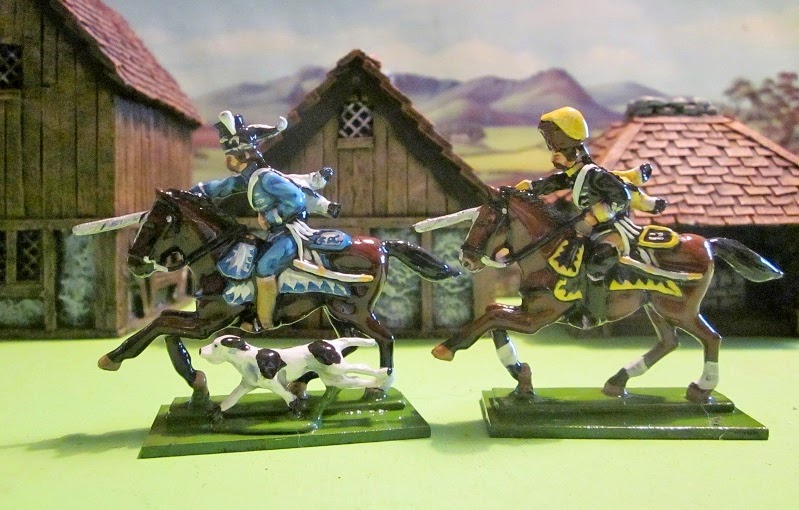 I've been aware for a while the lack of suitable General Officers for my light cavalry units , so I decided to cast up a couple of  Hussar figures to remedy this.The problem was that the French Hussars are a bit boring mainly dressed in blue and red , so I thought I'd be a bit different and use a officer from the Swedish Hussars that were allies to the French . The Allied General is a Prussian Hussar . Surfing through the various regiments I came up with the above figures , on the left General Wartenburg and his faithful hound Moritiz from the Hussar Regt. Puttkamer (The White Hussars) and on the right General Baron Georg Gustaf Wrangel of the Gula Hussars (The Yellow Hussars). 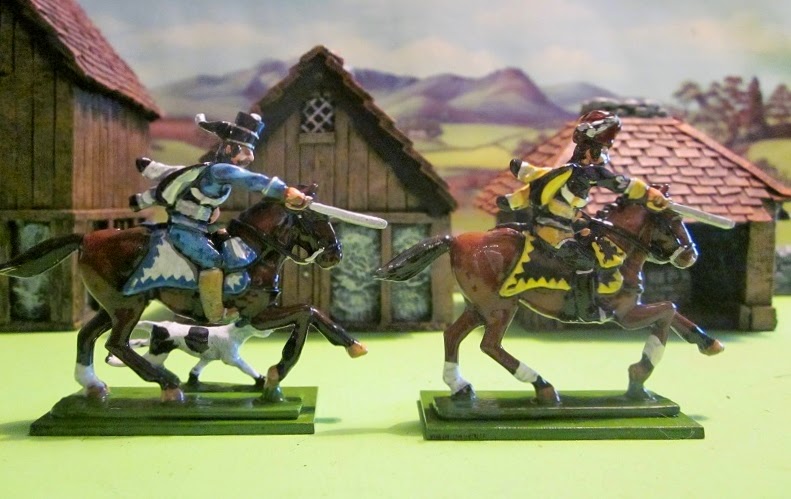 I converted the Swedish figure by adding a Busby from 'Green Stuff'. The faithful hound is from a Prince August mould . 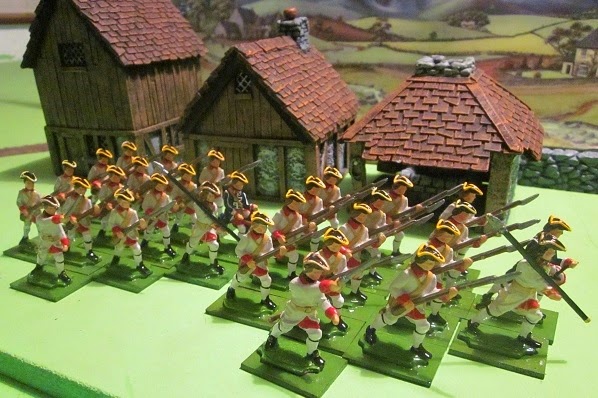 I have also re-based some of the figures I was kindly given , they are the first two companies for the French Regiment Orleans , I will be casting up some more to complement them .