Lord Of The Rings Game. 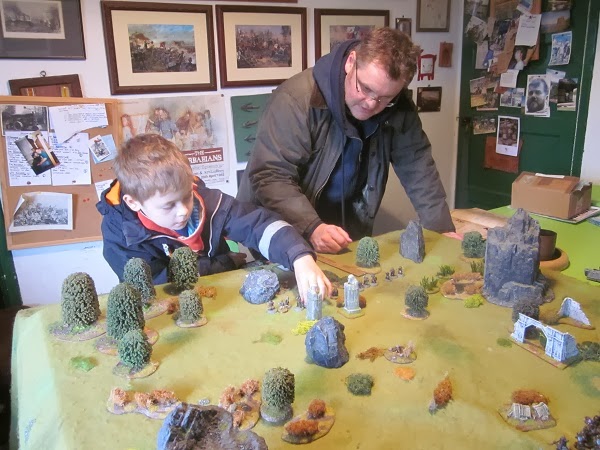 'A' asked if I could put a game on for his eldest son 'K' as he was very impressed with the 'Hobbit' film and had got a second hand copy of the GW rules . 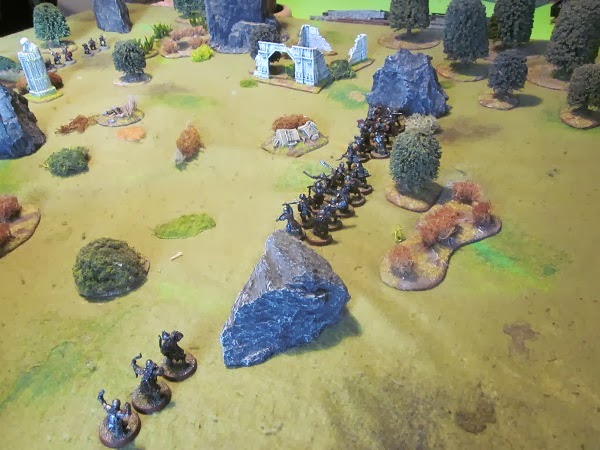 I set the table up with the objective being a cache of buried treasure in the centre . 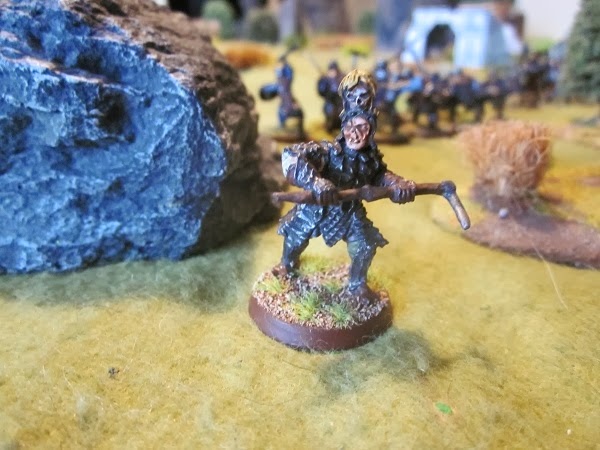 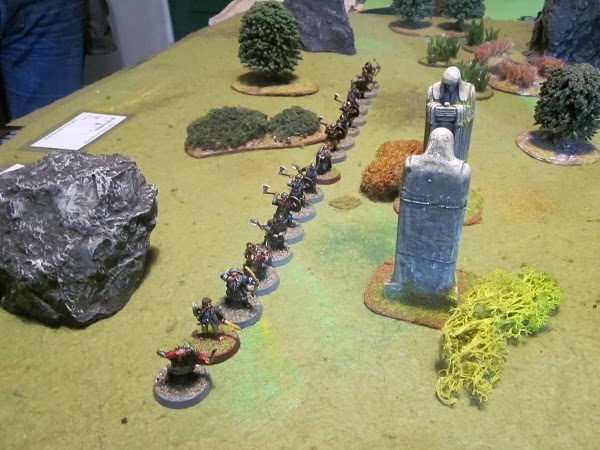 'K' sets up his Dwarfs - very linear with his archers on the flanks . 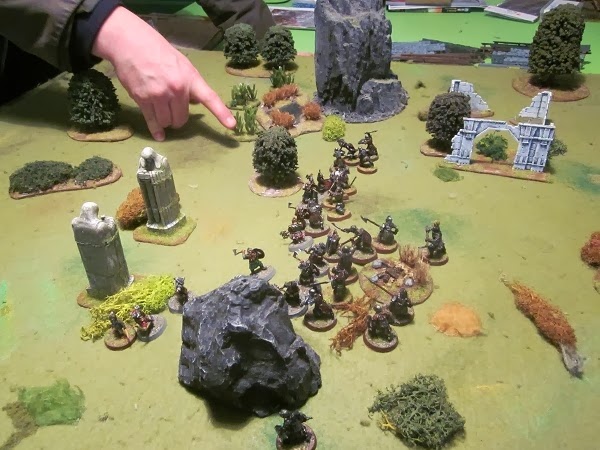 The melee is fierce in the centre over possession of the treasure , the game swung one way then the other - but my Orc Captain was wounded then killed by 'K's Dwarf Lord . 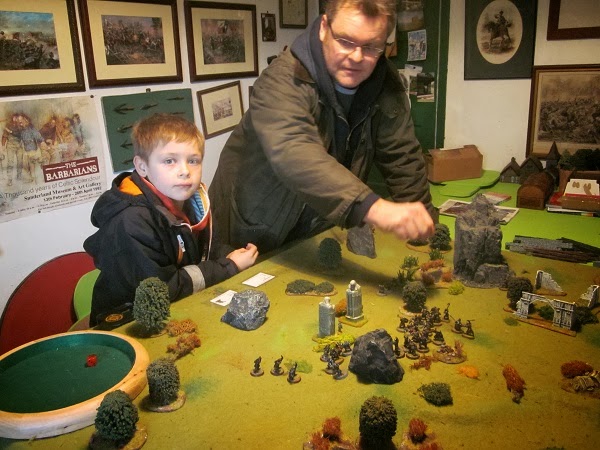 'K' and his father consider their next move. 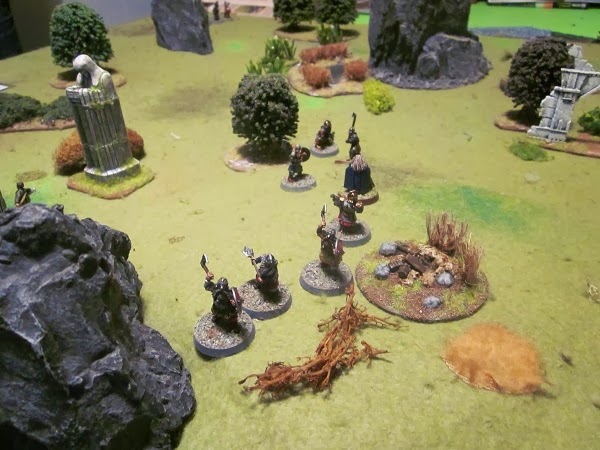 With my casualties mounting and my leader dead the Orcs failed their moral test and fled the battlefield leaving the Dwarfs in possession of the golden hoard . 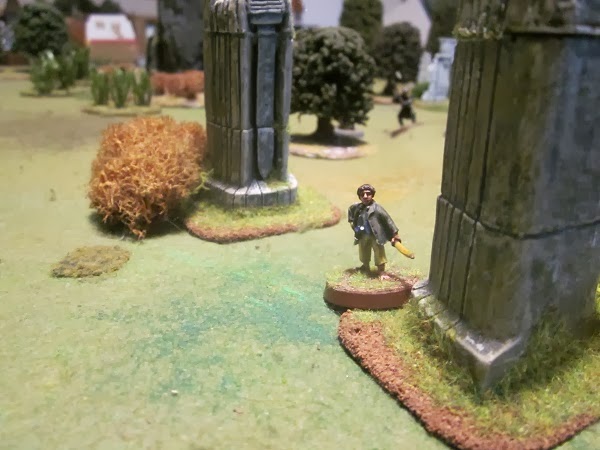 'K's force had a single Hobbit archer who from the cover of a statue held off 3 Orc archers . 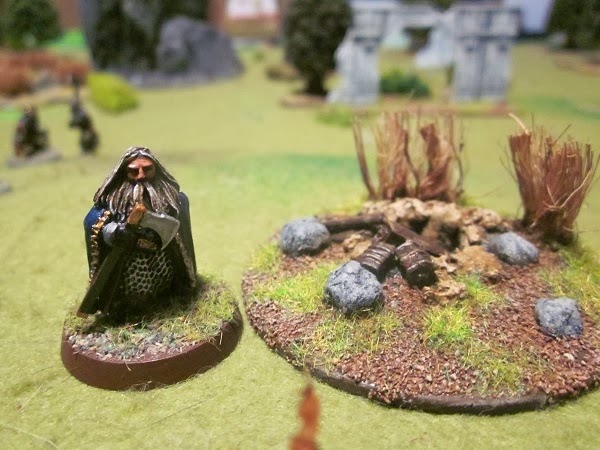