Revenge Of The Saxons (Parte Two) 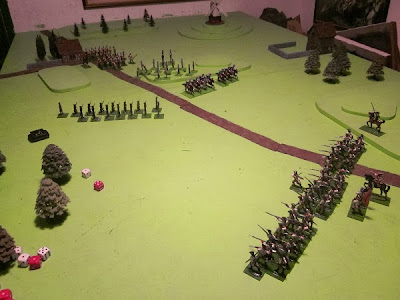 The Armies deploy , the Allied Jaegers threaten the French right but the French Hussars drive off the Allied Carbineers ( I forgot to photo this triumph). 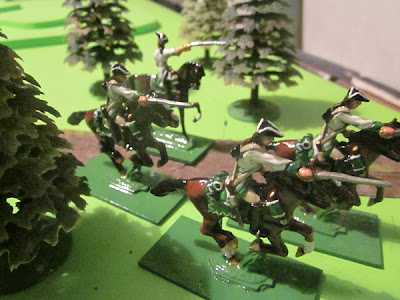 But here's the result ! by the time they had reorganised the game had ended . 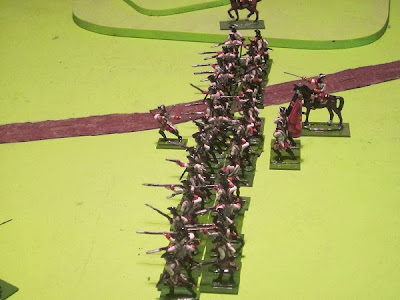 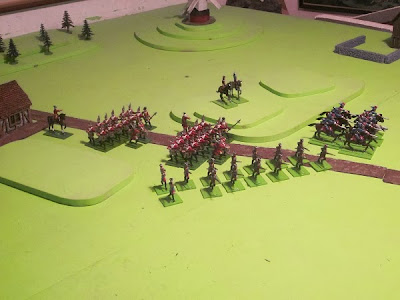 The French/Saxons move up , the Saxon Garde are covered by the French Chasseurs De Sombreuil . 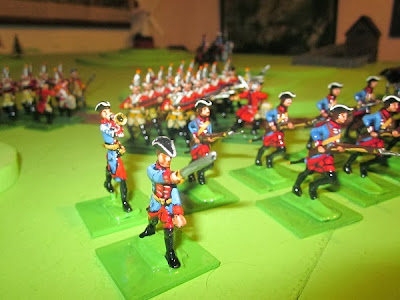 A closer view of the Chasseurs. 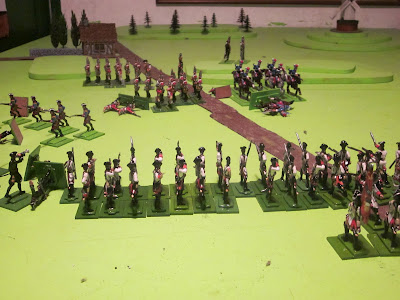 The Legion opens fire at long range on the deploying Saxons . 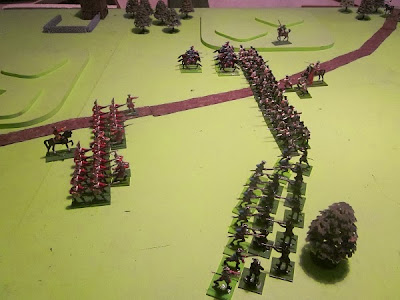 The Chasseurs charge the Jaegers and the Hussars charge the right flank company of the Legion. - both melees are won by the Allies !. 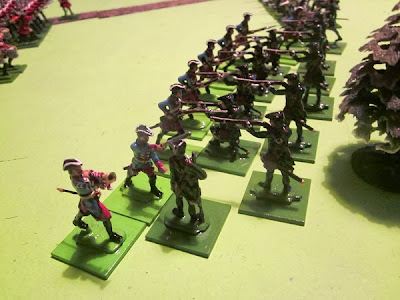 A closer view of the action on the left flank. 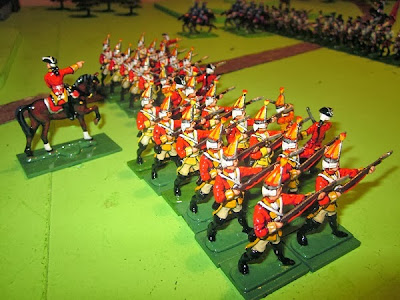 The Leib Garde Grenadiers form up under heavy fire . 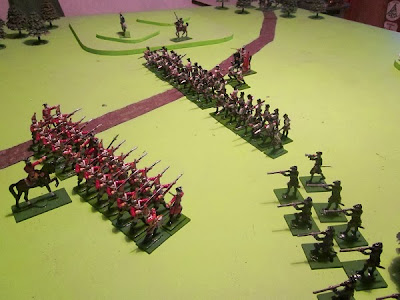 With the threats to their flanks seen off the Allies turn their attention onto the Saxons . 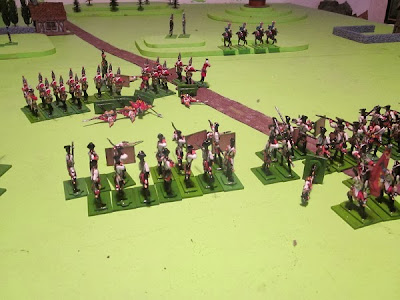 Although they gallantly return fire the Saxon Garde suffer heavy casualties and are forced to retire as the other units of their force are scattered . A victory once again for the Allies ! . The French High Command are now thinking that the Saxon LeibGarde are one of those unfortunate units that will never triumph on the gaming table ! - we will have to see !?.