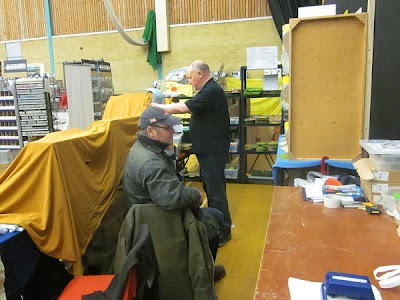 We went down to Reading on the Friday night and as 'S' and 'L' had gone down earlier they had got the stands set up and so Saturday morning was a bit more leisurely . However I forgot to take my camera with me and left it in the hotel . This is Sunday morning as we arrive at the combined S&A Scenics - Lancashire Games stand 'A' sits thoughtfully as 'B' prepares to unveil the goodies . 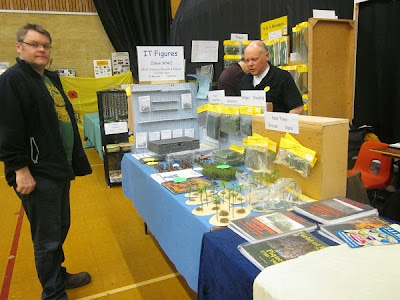 Open for business !, I had my "Doctor Livingstone I presume" moment when fellow blogger Springinsfeld came and introduced himself - interesting to put a face to a name !. 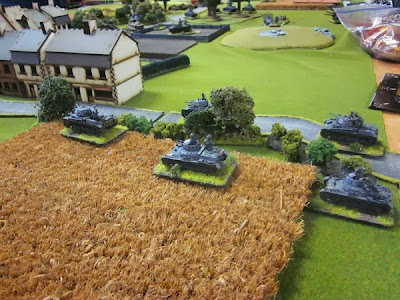 I always make a beeline for the FOW competition games as the scenery is usually nice and the painting of the armies inspiring . Here we have "levitating tank" syndrome these cut up mats look good for wheat crops but I prefer 'teddy bear' fur for this purpose. 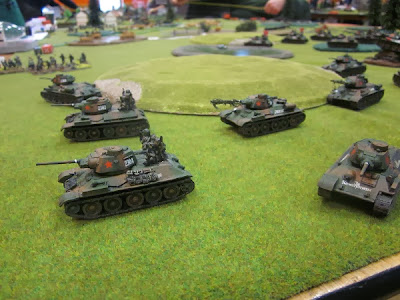 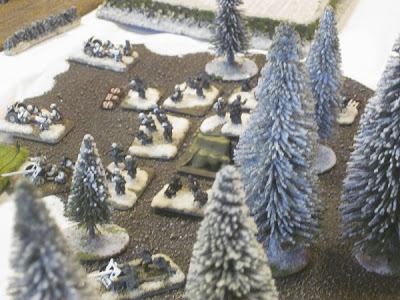 Brrrr! it even looks cold ! 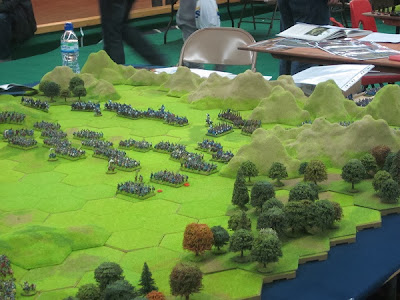 A 10mm Romans versus Celts game with hex scenery - like the hills ! 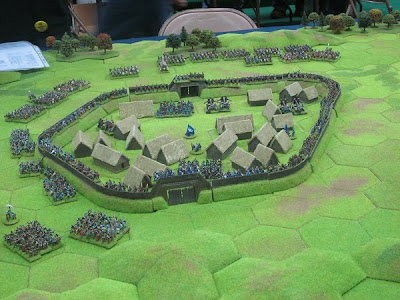 The Romans besiege the Celts . 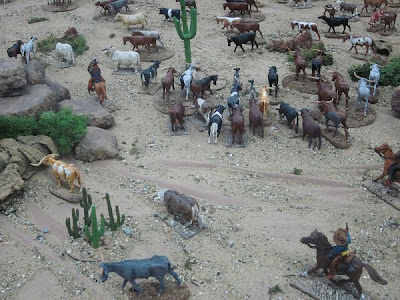 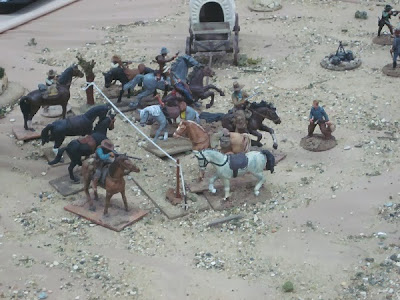 A lot of work had gone into figure conversions. 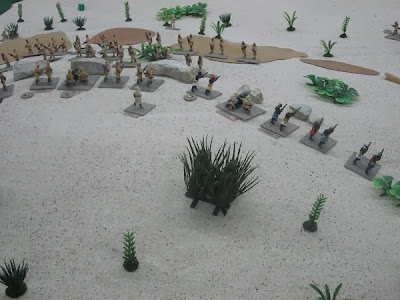 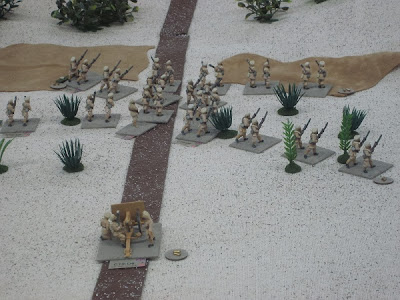 They used some sort of Hessian curtaining as a base cloth . 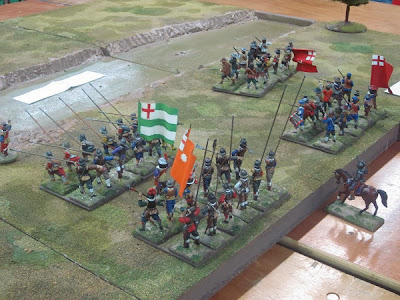 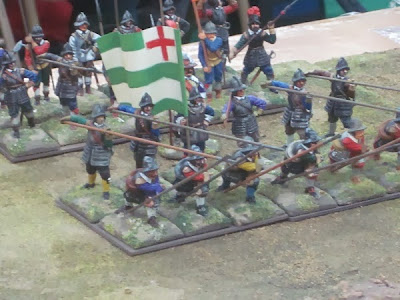 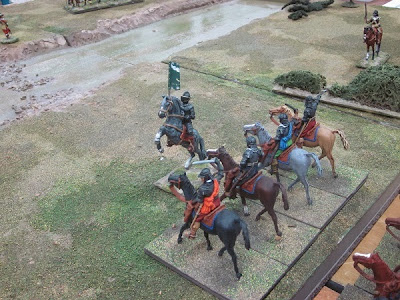 Even had cavalry - not sure who the figures are by ? 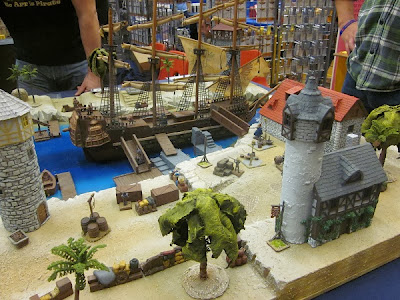 A rather nice Pirate demo game in the main hall. 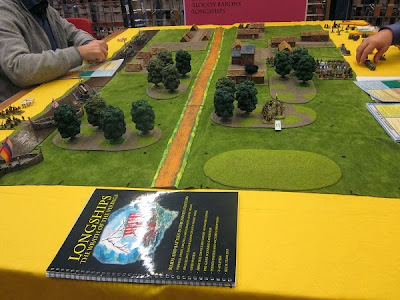 The latest offering from Peter Pig - is it just me but have the last few rule sets they have produced got more complicated ? 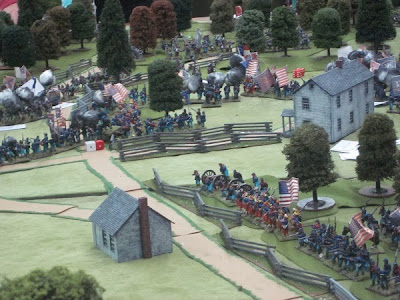 A large ACW game with lots of trees - at this point my camera batteries failed !. A good show but I think the traders found it a lot slower especially on the Sunday when the hall almost emptied when the completion games were on . Warfare is one of the few 2 day shows still running and I think most of the spending was done on the Saturday . My own purchases were very modest a couple of Perry ACW  limbers and teams, some more dice (you can NEVER have enough) and Super Glue Gel  as the last lot of cheapo stuff I got was rubbish . As a Old School Wargamer I find  there is at times little to entice spending at most shows .