Blasthof In The Balkans (Parte 1) 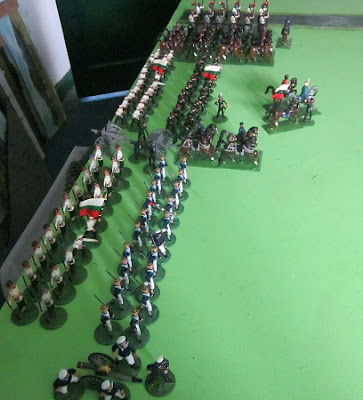 Inspired by my recent game of Blasthof Bridge I decided to try the scenario out using 'Funny Little Wars' rules and my Imagination Balkan armies of Treboria and Ferraro Rocca . Above the Ferraro Roccain army deploys , the newly painted Naval Brigade in the foreground.(Ferraro Rocca is based on Roumania) 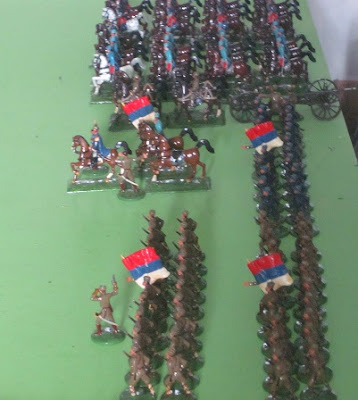 The Treborian army deploys . (Treboria is loosely based on Serbia) 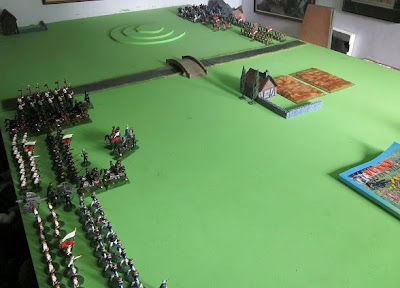 The battlefield, Blasthof bridge of course in the centre of the table. 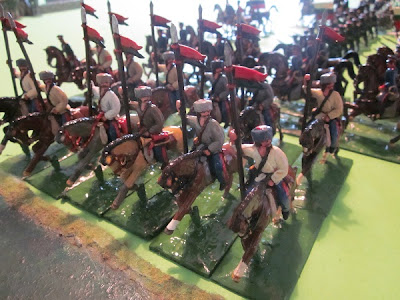 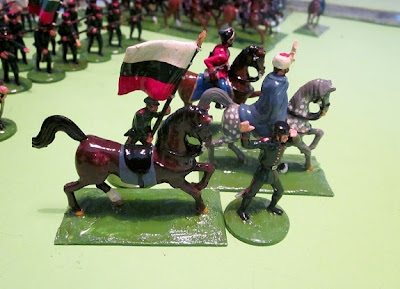 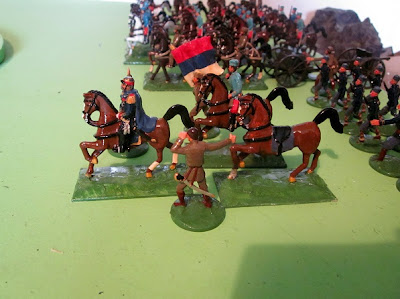 The Treborian army is commanded by General De Laye. 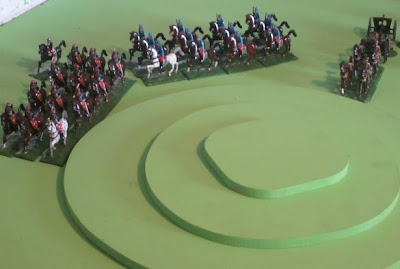 The action starts with the Treborian cavalry Brigade (lead by the Elite Hussars of Excellence) moving around the Blasthof Berg and the artillery moving up to take position on the hill. 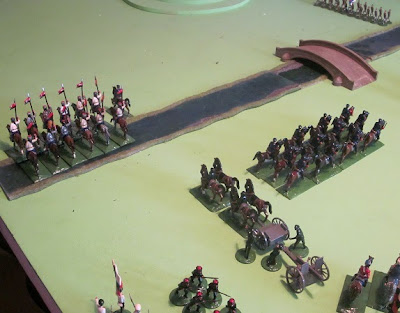 The Hariboan Lancers cross the river as the F.R. artillery moves up to support them. 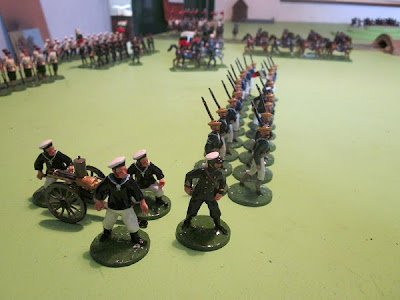 The F.R. Naval Brigade move forward with their Gatling gun . 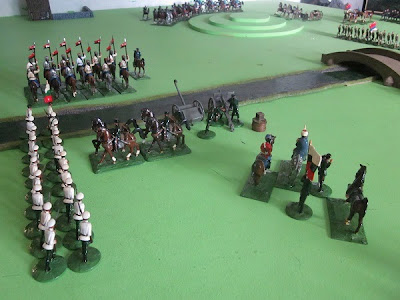 Ferraro Roccain infantry prepare to cross the river to assist the cavalry. 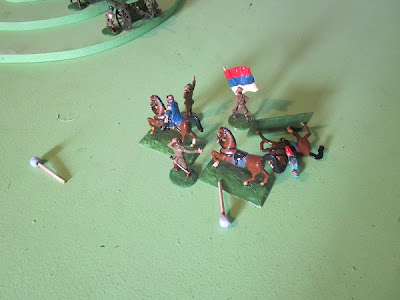 The first rounds of artillery fire from the F.R. artillery overshoot badly and land near the Treborian H.Q. causing a casualty amongst the staff. 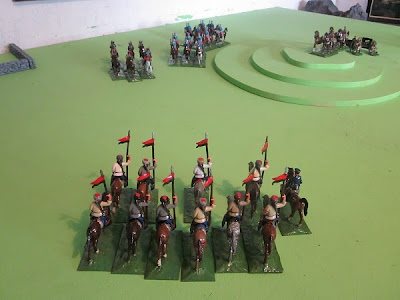 The opposing cavalry clash and the Treborian Hussars are driven off. 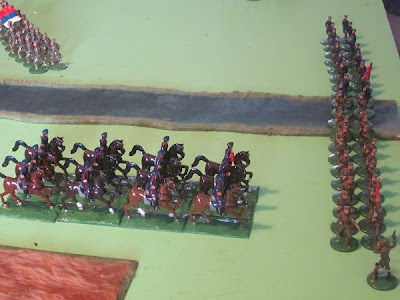 The Ferraro Roccain Gendarmes charge the Treborian infantry as the cross the river - but some appalling movement dice leaves them short of contact and they retire next move - a lucky call for Treboria !. 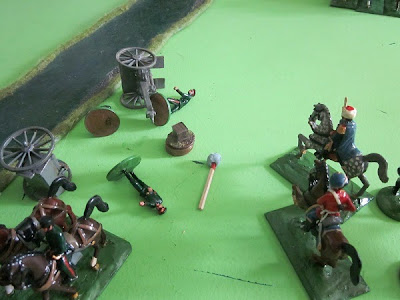 A lucky shot from the enemy artillery hits the F.R. battery and destroys the gun and crew and almost injures King Paul II . 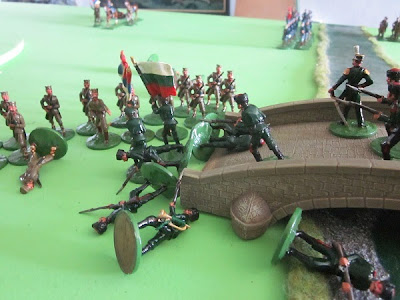 The Ferraro Roccain infantry attack across the bridge but are repulsed with heavy losses. 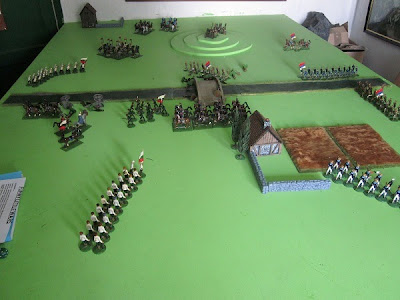 The situation about half way through the battle , honours are about even and it remains in the balance to see who will win. Too be continued...