One of the advantages of having a blog is that you can use it as a sort of gaming diary , the other day I was flicking through my blogs and realised that it is over a year ago since I had a game using my 40mm Imagination figures using my adaption of Funny Little Wars rules. This got me thinking and I have decided to bring them out for a game. 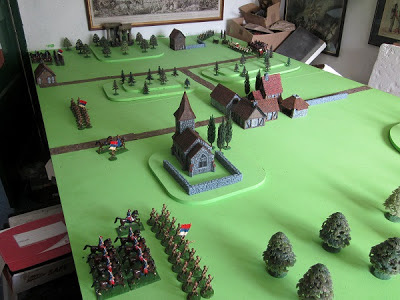 After the break down of peace talks in Paris the conflicting nations of Treboria and Ferraro Rocca  are at war again and clash at the small border village of Pohranicnej Dediny . The Treborians are on the near side to the camera and the Roccains on the far side . I dice for unit starting positions  using the 'Featherstone' method (1-far left flank 2- left centre 3-centre 4- right centre 5- right flank 6 - reserve) 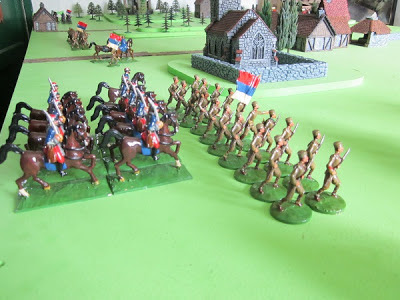 The 1st Battalion of the 20th regt. and the Hussars of Excellence on the Treborain right flank. 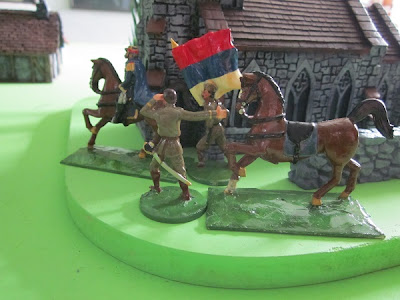 The Treborian High Command seek to espy the enemy . 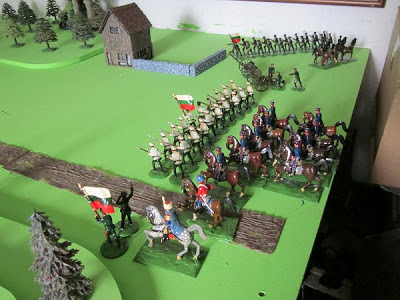 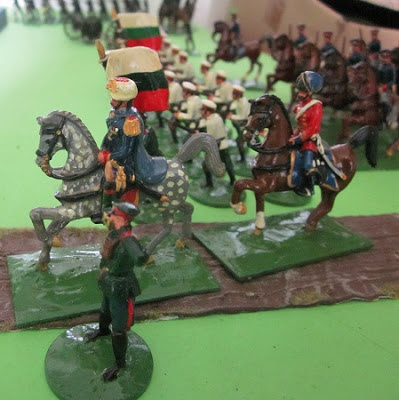 King Paul II commands the Ferraro Rocca army in person ! . Off for a few day holiday but will continue with the battle report when I return.
Posted by Mosstrooper at 08:20